29 April 2013 | By Simon Priest
Techland's Dead Island: Riptide has debuted 1st place in the UK all format chart, knocking Injustice: Gods Among Us down a peg, but it still beat Capcom's release of Dragon's Dogma: Dark Arisen.

Capcom's Dark Arisen expansion for Dragon's Dogma includes the original game featuring all the new enhancements. Dead Island: Riptide is not a full sequel, but a standalone add-on.

Below is the UK all format chart top 40 for the week ending April 27th. 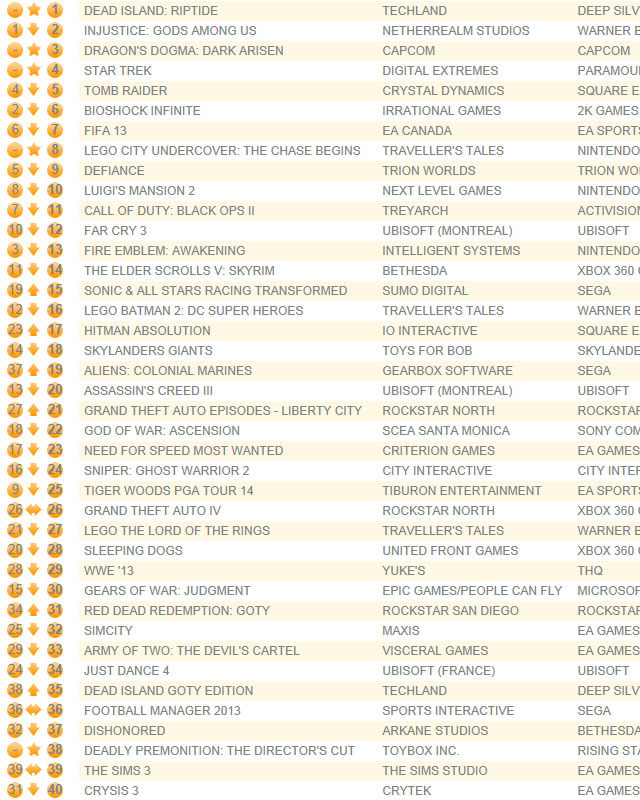