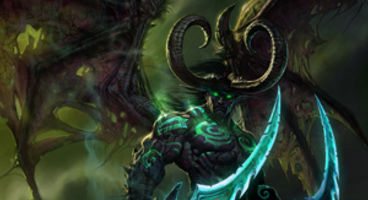 Blizzard's Warcraft will be brought to the silver screen by Duncan Jones, who has directed sci-fi films Moon and Source Code. He accepts the challenge of making a "proper MOVIE of a video game."

Charles Leavitt has penned the script for Warcraft, which is being kept very secret. Filming should begin in late 2013 for 2015 release. It's rumoured Johnny Depp might be involved.

The huge project is estimated to be around the $100 million mark, which is noticeably higher than Source Code, a time-travelling thriller starring Jake Gyllenhaal that cost $35 million.

"So the gauntlet was thrown down ages ago: Can you make a proper MOVIE of a video game. Ive always said its possible. Got to DO it now!" tweeted Duncan Jones.

Tracking Board claims that Warner Brothers is interested in Pirates of the Caribbean star Johnny Depp to take a role in Legendary Pictures' Warcraft. This is likely because of Depp's affinity with, erm, zany type characters such as Captain Jack Sparrow, Edward Scissorhands, The Mad Hatter and Sweeney Todd.