02 June 2014 | By Nick Horth
This may come as a shock to you, but it looks like Assassin's Creed: Unity is going to be getting some pre-order DLC. You never saw that coming, did you?

Twitter user CriptAssassini posted the an image that shows a DLC mission called Chemical Revolution, with the game's new protagonist conversing with a chemist. 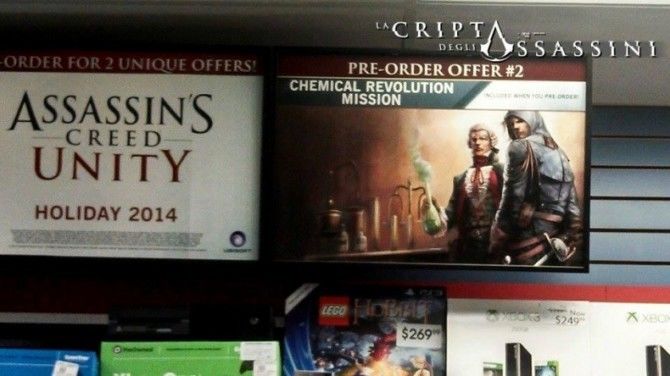 Fans are currently speculating that the chemist is none other than Antoine Lavoisier, a French nobleman and scientist known as the 'Father of Modern Chemistry' who lived through the early years of the French Revolution. Given Unity's setting and the series' fondness for popping various historical figures into the narrative, it wouldn't be much of a surprise.

In case you missed it, here's the speak preview trailer for Assassin's Creed: Unity, set to release on PC and next-gen consoles in Q4 2014.