04 June 2014 | By Nick Horth
Crytek USA has announced its new IP, the online co-op shooter Hunt: Horrors of the Gilded Age. It’s a free-to-play horror action game in which a team of four players face off against hordes of undead monsters.

Imagine a third-person Left 4 Dead essentially, but set in what looks like the Wild West.

"In Hunt: Horrors of the Gilded Age, players will be counting their bullets and crying out for help as they delve deeper into the shadowy world we've created," said David Adams, CEO of Crytek USA and formerly of Darksiders developer Vigil Games. "From the outset of the development process, we've poured our imaginations into the game so that everyone who plays Hunt will discover a challenging experience that feels fresh, captivating and rich in possibilities."

Set in the late 1800s, Hunt stars a team of monster hunters attempting to prevent the rise of various supernatural horrors around the world. There's more on the official website, including some additional gameplay information:

"In Hunt, you never know what lies around the corner. A special content generation system means the map and enemies you encounter could be different each time you play a level; keeping you on edge whenever you hit the trail. Adding to the game's rich variety are extensive character and weapon customization options that make every member of your hunting party distinct from one another. Just be sure the homebrewed weapons you're packing make the creatures you encounter as horrified to see you as you are to see them."

Hunt: Horrors of the Gilded Age enters a closed beta for Windows PC later this year. You can sign up on the game's website. 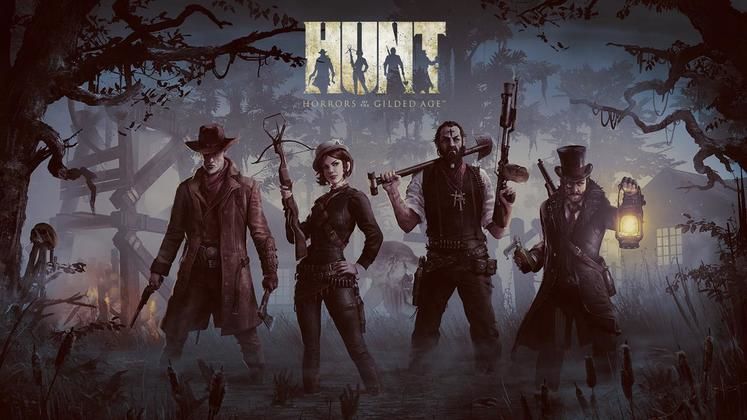