04 August 2014 | By Nick Horth
Yingpei Games' free-to-play third-person shooter Hazard Ops - this is the same Chinese game known in America as Zombies, Monsters, Robots just to confuse you - is out on August 26, publisher Infernum has confirmed.

In addition to that news, the team has also released a new Into the Jungle update for the beta game that adds new maps, weapons and costumes and, wait for it, dinosaurs. Yup. 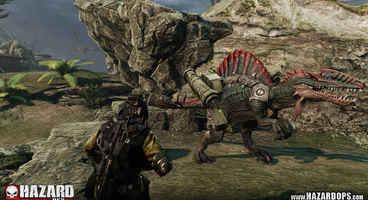 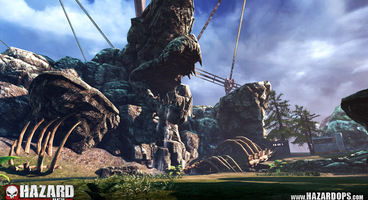 If the prospect of "prehistoric animals carrying rocket launchers on their backs" doesn't appeal to you then maybe there's something wrong. Of course, just because the concept is excellent doesn't mean the game can pull it off - luckily Hazard Ops is free-to-play, so come August 26 you can give it a risk-free go.

You'll also get to experience a new mode, 'Head Hunter'. In this one every time you shoot somebody, your head gets bigger. Fair enough. You certainly can't accuse Yingpei of not fully embracing the stupid. Why they didn't also call the European version Zombies, Monsters, Robots, a far, far more fittingly ridiculous moniker than the dull as dishwater Hazard Ops, I've no idea. 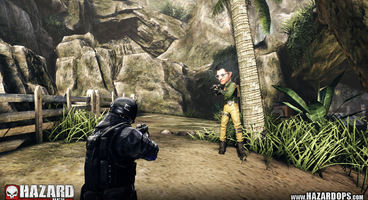 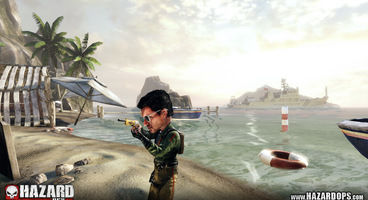