10 July 2014 | By Nick Horth
We might have seen the end of boring Desmond Miles at long last, as the creative director of Assassin's Creed: Unity says the game marks "a new narrative start" for the series.

Speaking to Examiner, Alex Amancio said "It's a new start, it's a new narrative start. That is symbolized by a completely new context for the present day."

Of course, I'm sure many of us would prefer that the present-day sections would take a running jump forever, but unfortunately that doesn't seem to be the case. Still, we might see something a little bit different this time. As long as I'm not forced to basically work for Ubisoft like I was in Black Flag.

"You've seen a little bit of an evolution with Black Flag," said Amancio, "(but) we're not going to do the same thing. What we're doing with Unity is really the beginning of this new cycle of Assassin's Creed games. Because it's new, we can actually explain it properly because nobody is going to feel like it's redundant. I would say that Assassin's Creed Unity is the best entry point for the franchise since, (Assassin's Creed I)."

Complete with co-op stabbing and a revolutionary 'no women' mechanic, Assassin's Creed: Unity will be coming to PC and consoles this October 28. 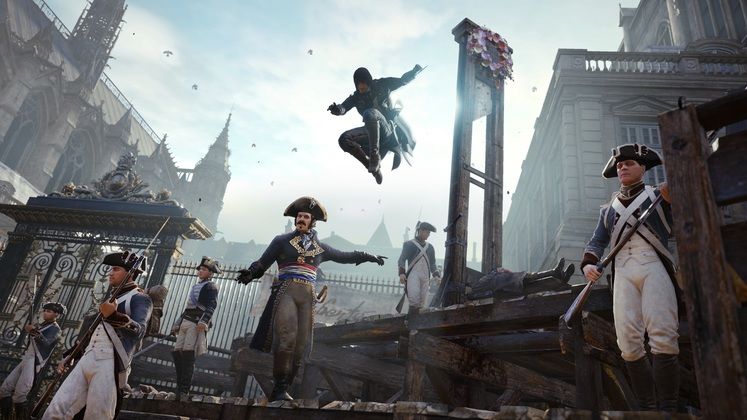