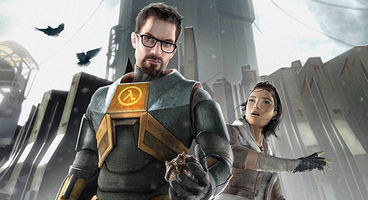 Fans have been clamouring for the next full Half-Life instalment since the end credits of Half-Life 2. Valve, thriving off fan anguish, has yet to officially state anything about it.

It was during a Twitch.tv interview that Le Minh spilled the 'public knowledge' beans about Half-Life.

"I think it's kind of public knowledge that people know that it is being worked on, so if I was to say 'yeah, I've seen some images' like some concept art of it that wouldn't be big news," said Minh. Alleged art for Half-Life 3 has leaked before.

"I guess I could say that I did see something that could be in the Half-Life universe. I mean it wouldn't surprise anyone if I said yeah they're working on it," he continued. "To go out on a limb, I would say I did see some Half-Life 3 concept art."

The Counter-Strike creator then moved on to the "new Left 4 Dead" in the interview. "It wouldn't be any news if I said 'yes, I saw it' and it looks great," said Minh. "I was really excited when I saw that, like 'wow, this looks great'."

Half-Life 3 confirmed, kinda, by a former employee who believes he saw concept artwork. We'll take what we can get.