24 March 2014 | By Simon Priest
One of our party members in Dragon Age: Inquisition is Vivienne, and BioWare has just posted a short teasing introduction to the politically scheming mage who stands as official enchanter to the Imperial court.

She's not keen on anything standing in her way, and doesn't much care for the mage rebellion - she wants "to restore order in a world gone mad". More is on the way this Wednesday.

BioWare has already released a selection of new images for Dragon Age: Inquisition, but what's one more? The RPG is due for PC, Xbox One and PS4 this fall.

Currently a closed beta is under way for the Dragon Age Keep, which is BioWare's new method of creating and saving multiple 'world states' for previous Dragon Age adventures, which can then be imported to Inquisition and presumably other new titles in the future. More beta tester invites will arrive through the year. 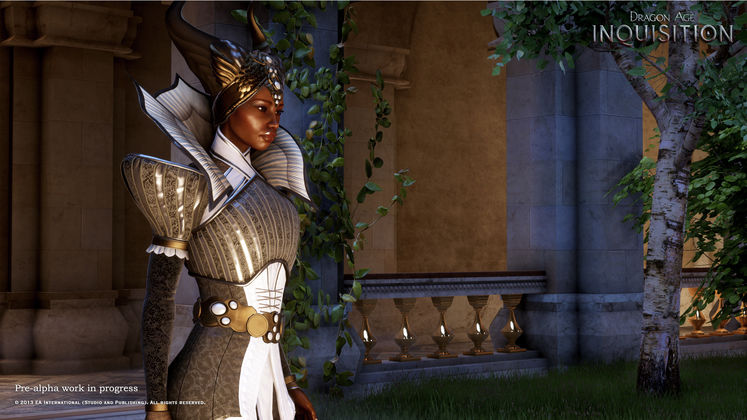