30 April 2014 | By Simon Priest
Codemasters will be releasing a high resolution texture pack for GRID Autosport the same day it launches on PC. This is because the racer is PC-led and the studio doesn't want to tone it down because of consoles.

Compressed the texture pack is 5GB - down from 30GB. The PC version enjoys "just a bit bigger and higher res" than other versions, and isn't limited to 30FPS.

The higher resolution pack is of course entirely free to download for GRID Autosport, and the racer supports up to three monitors and 4K with full peripheral support. 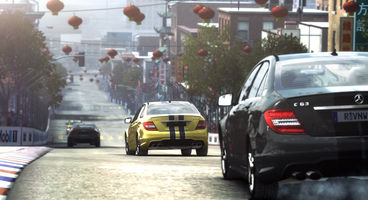 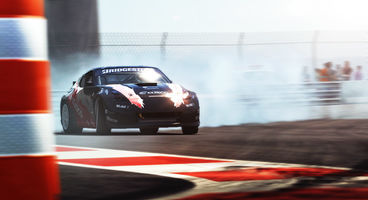 "We've got these little go pro-style cameras that get really close to the car bodywork,” senior programmer Richard Kettlewell explains. “We're doing the high quality texture pack on PC otherwise the image could break down a little bit when you're playing on 1080p.”

“Everything's just a bit bigger and higher res detail on PC,” he continued. “Better shadows, higher res car reflections – that's something else we've put a lot of work into on Autosport, getting the car paint effect to look as authentic as we possibly can.” In-car views return with Autosport, with Codemasters promising it to be a more authentic racer.

“We're locked to 30fps on console, we're clear on PC,” added producer Clive Moody. “60fps is really nice, it gives you a great experience. And, it can be played on a three displays. It has full peripheral support – wheels, controllers...”.

“We have little dashboard reflections. In head cam you can see reflections on the windscreen, something we'd never be able to afford to do on consoles without breaking our fps performance limit. In the past we wouldn't have done features like that but now we're thinking we can do it on PC. Better lighting and things like that. Little bits in lots of places.” 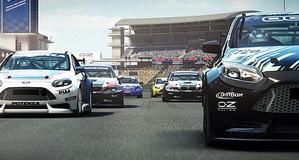