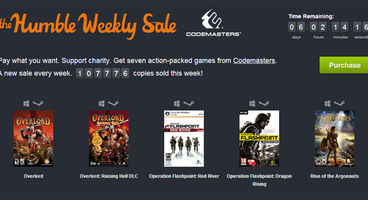 Check out this week's Humble Weekly Sale from Codemasters. A $1 minimum is needed for Steam keys.