With the premise of being a sleeping evil being, you find a world where evil isn't much of a hassle. You're woken to fix that and bring balance to the world, an almost noble cause.

Having just about sold over 1 million copies of Age of Wonders, the 1997 team of Triumph Studios have been absorbed into Paradox Interactive in a new business deal. 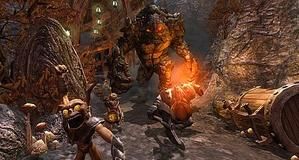