Colossal to announce "big expansion" for Cities: Skylines at Gamescom 2015

Today saw the release of patch 1.1.1b for Cities: Skylines, adding a number of excellent free updates as well as fixes for bugs. CEO Mariina Hallikainen of Colossal Order has revealed a "big expansion" will be revealed in August.

They'll announce the new major content during Gamescom in Cologne, Germany. The studio will continue with both free and paid updates to Cities: Skylines, which Hallikainen sees as having many years of life.

As to what Mayors can expect from this upcoming expansion we have no idea but Gamescom 2015 takes place August 5-9. Sadly it seems there aren't any plans to implement a customisable Theme Park, which is one thing SimCity 2013 didn't do too bad a job with.

"I'm a huge fan of Theme Park, but it would be difficult to make in the game. As a unique building then sure, but I think people would want to actually build them, so it's very unlikely to happen unfortunately," she told TechRadar in an interview.

There doesn't seem to be a significant overhaul coming to traffic either as letting cars change their route when already in transit "would cause massive performance issues, and we still need to have the big maps, so it basically comes down to choices." 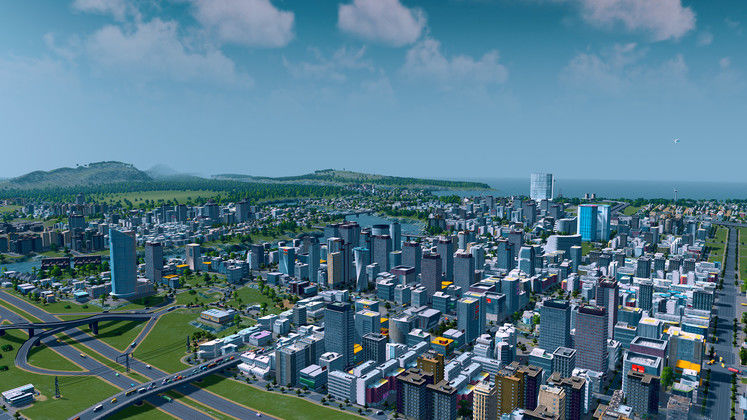 "It's something we're looking to improve and if we get the chance we'll try to give the player more control over it, but it's not going to be in the way that people have suggested where cars will change lanes. That wouldn't be difficult to program, but the effect of it would be devastating. I hope that people don't feel that traffic is so challenging that the game isn't fun anymore because that's the worst thing that could happen."

The studio would like to look into disasters in the future although there are no current plans, "but it would be cool to have because we already have the water system in place."

"We'll have a big expansion and release both free and paid updates, all of which we'll be revealing at Gamescom," Hallikainen revealed of future DLC plans.

Until then we can enjoy the extra 30 growable buildings, new Pedestrian tunnels and trains that don't get stuck at the map border with the newly released patch 1.1.1b.