16 February 2015 | By SimonPriest
Now that Capcom territories don't need everything signed off on by Capcom Japan, there's a buzz of excitement and optimism back among the various offices and studios. Capcom UK now has their "fate in our hands."

They enjoyed great digital success with the original Resident Evil re-releasing in HD form earlier in January, and now they want to keep on riding that good faith they built with the fans. Resident Evil: Revelations 2 was originally for Xbox 360 and PS3, but has been reworked for PC and the next-gen.

It's arriving in episodic form, but Capcom were "actually surprised to find – talking with our fanbase on social media – that the appetite for the boxed game is massive." Many want the full boxed copy treatment and all the trimmings, not just the episodes as they come.

"We heard the fans. They want to play an original, back-to-roots Resident Evil, and Revelations 2 is a good showcase of that,” said Capcom UK head of marketing Antoine Molant. 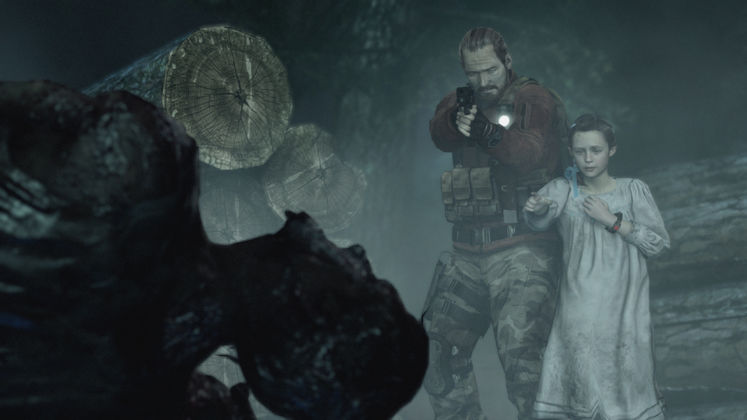 “The single player campaign uses modern techniques but has a very old school atmosphere, and that is what the fans want. But, there’s also a market that wants to play an action-packed Resident Evil, because Resident Evil 6 was very commercially successful. So with Revelations 2, we have the more action-orientated Raid mode separate from the main single-player campaign.”

There's also DmC: Definitive Edition on the horizon: "DmC was a very controversial game, but a very good game. We had a lot of ups and downs with it. But we are confident about this new one because it has been made with old-school Devil May Cry fan feedback.”

Street Fighter V is also in the works, although it’s unclear whether it will arrive in Europe this year.

"Not to be arrogant, but Street Fighter seems to operate on a level of its own within that genre,” remarked Capcom UK commercial director Andy Davis.

“When Street Fighter IV came out, there were people who hadn’t played a video game for years but came back because it was Street Fighter. So there is an opportunity to tap into that market.”

They're also investigating eSports with regards to the Street Fighter franchise. "We have big plans there. It is a field that is exploding these days and the fighting genre is not that well represented yet," added Molant.

"The League of Legends of the world are the top played games in eSports, but we feel we can grow that market for fighting games massively, and that is what we are looking at with Street Fighter V. But having said that, at its core Street Fighter is a game you play with your mates on the same sofa, having a laugh after a night out.”

It's technically nothing new from Capcom in their line-up, but it's how they're approaching them, and the fans seem to have a large share of the decision making. Anything has to be an improvement over the disasters from recent years, like Operation Raccoon City.

Resident Evil: Revelations 2 Episode 1 releases on PC February 24th in the US, 25th in EU.