Meet ascetic monk Zahua, a new companion from Pillars of Eternity: The White March – Part One 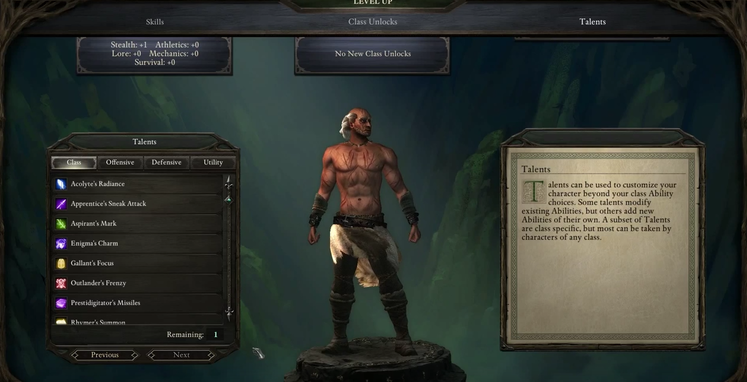 I'm sort of disappointed that the very cool-looking monk Zahua wasn't a companion in core Pillars of Eternity, because he sounds like a fun character to have in your party.

He's from an order of ascetic monks called the Nalpazca, who are vaguely Aztec-themed and follow a very strict lifestyle dominated by ritual.

“They employ extreme practices to remain ever-conscious of what is truly real,” explains Obsidian on the game's Wiki, “and are known for exhibiting bizarre anti-social behavior in public settings, consuming powerful hallucinogenic drugs, and inflicting great pain upon themselves, all so as to allow themselves to "see more clearly." There are even rumored to ritualistically cannibalize the flesh of the recent dead so that they might come to terms with their own mortality, though such rumors have the ring of superstition.”

So Zahua's anti-social, takes magic mushrooms, stinks (it's mentioned that not washing is one way to free yourself from caring about the judgement of others) and is potentially a cannibal. Hired!

Pillars of Eternity: The White March is out this August 25.