26 May 2015 | By SimonPriest
With the next expansion for Europa Universalis IV on the way, Paradox Development Studio has revealed part of what's coming in the next big patch. Some free content is in the works with "3D fort models" on the list.

There are representations for each fortification level and there's also different styles for different cultures. They will appear on the world map to better inform us of a province's development and defences.

"There are 4 levels of forts (Castle, Star Fort, Bastion, Fortress), each with its own model. The first level has unique graphics for the Muslim, Indian, African, Asian, North American & South American graphical cultures, while the later levels are standardized across the graphics styles but have sandstone and greystone variants so that they'll still fit into the different types of cities," posted Martin 'Wiz' Anward.

These 3D world forts will arrive with patch 1.12. This means we'll no longer see armies sieging the cities themselves but rather the actual fortifications, which have a physical representation for the first time. Europa Universalis IV - Common Sense is the next expansion. 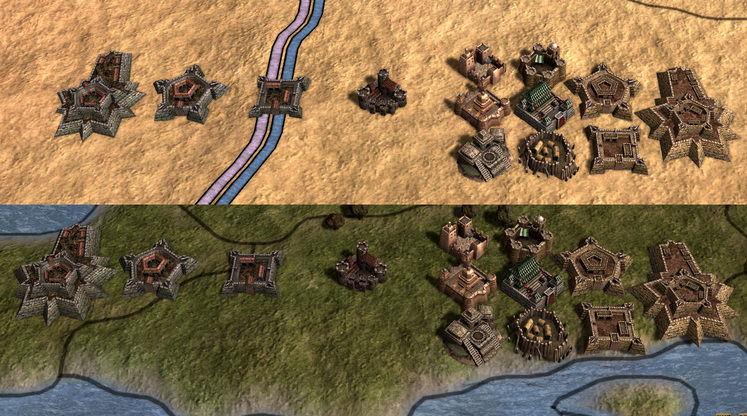