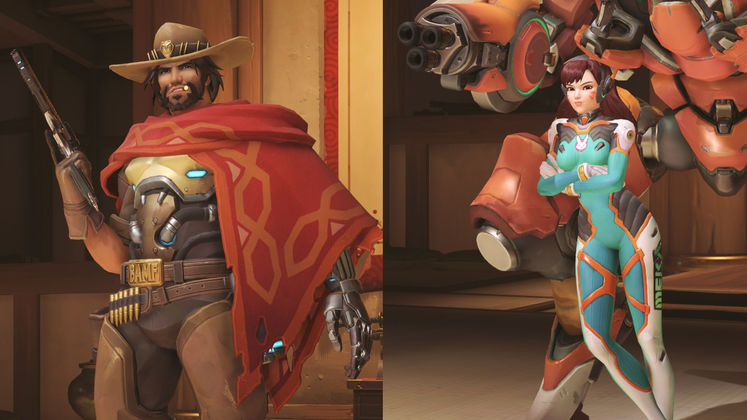 Most Overwatch players are getting sick of the High Noon cowboy, who seems to have enough power to kill any character in the game in less than three seconds. Blizzard are working on figuring out the best way to tone his damage down. D.Va players are also in for a treat, as Blizzard are looking into giving her a slight damage upgrade.

Geoff Goodman, Overwatch’s Principal Designer posted on two topics at the Official Blizzard forums explaining the reasons why these two characters may receive changes. Here’s what Goodman had to say about McCree: ”I've been watching McCree carefully since we've released. McCree's flashbang plays an important role in being a strong option against very fast/agile teams (tracers/genjis/etc). It is also a nice tool to prevent close range devastating abilities and ultimates such as Reaper's Death Blossom. That said, its probably a bit too good at dealing damage to higher health targets such as Tanks and barriers. I don't have any concrete changes yet, but I'm going to be testing some things internally to see how he plays." 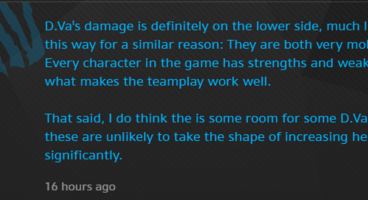 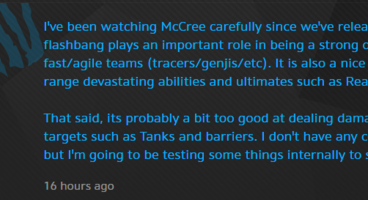 Anyone who has played Overwatch will know McCree is seriously overpowered right now. While his mobility and general damage seems to be fine, it’s his alt-fire that is causing so many problems. McCree has the ability to use a flashbang which stuns enemies, allowing him to get a free shot on the opponent. This works particularly well against very fast characters like Tracer, without McCree there would be plenty of Tracers and Genjis around. The problem is that McCree can take out practically any character in the game by stunning them, then using his alt-fire. The alt-fire move shoots all six bullets in his revolver at once, dealing more than 400 damage.

Goodman responded to a post a few minutes later talking about D.Va: ”D.Va's damage is definitely on the lower side, much like Winstons. They are this way for a similar reason: They are both very mobile and hard to kill. Every character in the game has strengths and weaknesses, its part of what makes the teamplay work well. That said, I do think the is some room for some D.Va improvements, but these are unlikely to take the shape of increasing her damage output significantly.”

Goodman seems to want to upgrade D.Va’s damage output but a lot of D.Va players are questioning the amount of health she currently has. D.Va has a mech that can die during battle, but if you wait long enough it will come back with full health. Right now, her mobility is very good for such a large character, but the mech is easy to kill due to its lack of durability. Increasing D.Va’s damage output would be a nice buff but fans want to see her receive a buff in the form of more health and armour.

Blizzard are also working on allowing players to export their highlights to a video format, though it doesn’t sound like this feature is going to arrive any time soon. Jeff Kaplan, Overwatch’s Game Director responded to a post talking about the highlights saying this: ” The game will temporarily archive 5 highlights from your last play session. Playing only one game will only result in one highlight. Highlights are not currently saved if you close the game and come back. Our hope (and what we're working toward) is to allow players to save highlights or export them to a video format someday.”

If players want to save their highlights, they are forced to use a recording program like Shadowplay or MSI Afterburner instead of being able to export the clips in the game itself. It’s good to know Blizzard are looking into sorting this out, now we will simply have to wait until it arrives.