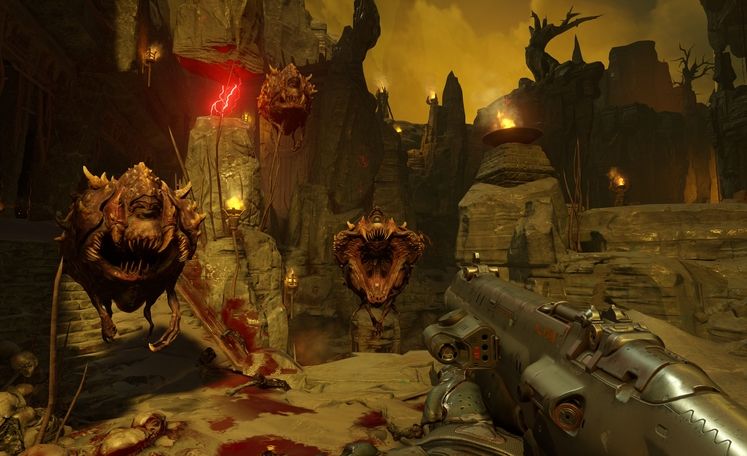 Bethesda has revealed new info about their upcoming DOOM reboot, which will be coming in the next few weeks, including details about the Warpath gameplay mode and the Hack Modules mechanic.

Warpath is a variation of the King of the Hill multiplayer variant, with the gimmick being that the captain point is not stationary, and moves in a circle around the map. Players will be forced to anticipate where the point will be, with the options of "rushing toward the power-up to turn into a Marine-destroying Demon; clustered around the capture point to defend or steal control; or simply roaming around looking to pick off any errant foes." The variant forces players to keep moving, especially on defense. 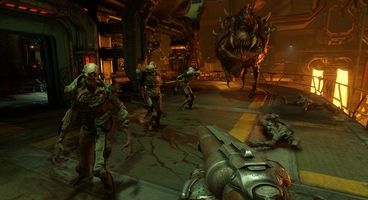 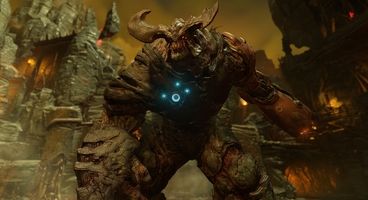 Hack Modules are new one-time use items players can use, with various abilities such as accelerating the respawn of items and weapons on the maps. According to id Software executive producer Marty Stratton, "So when you’re running through the world, you might see that an armor piece is coming back in 10 seconds and you could decide to hang back and take it."

Other Hack Module types include Retribution, which gives the location and health of the player who last killed you, Scout (location of all enemies for a few seconds after you spawn in); Vital Signs (health bars over enemies’ heads); and Power Seeker (location of nearby power-ups). Fortunately, the active Hack Module will pause when a player dies, so that the module will pick up where it left off when the player respawns.