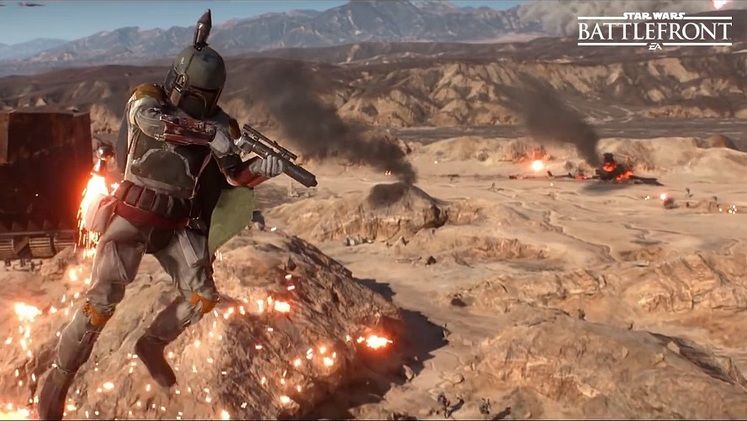 Having fun mauling battlefields as your favorite Star Wars pals, Han Solo and Boba Fett? Not anymore. EA released a new patch for Star Wars: Battlefront and both characters suffered the brunt of the nerf bat in addition to many other changes and optimizations for the game.

Han and his notoriously powerful blaster got pushed down in strength and distance for this patch. His damage fell from 35-75 to 30-70 and his effective range dropped from 20-40 meters to 10-25 meters, making his general combat at a distance much less threatening. Boba Fett got similar treatment on his damage and range going from a base 25 damage to between 20-30 and shooting at 30-60 meters from the previous 80. 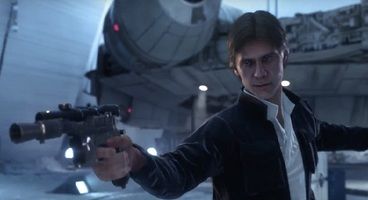 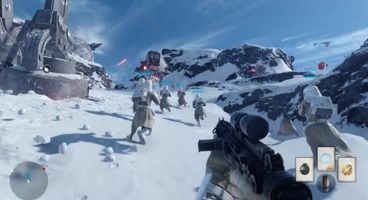 Boba's changes didn't end there though. His missile will no longer be locking onto enemies and the explosive radius is dropping from 4 to 2.5 meters. Finally, both the Slave I and the Millennium Falcon are having their health decreased by 30%, making these sky terrors much more tolerable. Making Han and Boba more manageable all around seems to be the overall goal here at the risk of crippling their potential

Not all was cause for heroic and villainous tears though. Spawns have been reworked in Supremacy, Walker Assault, and Jakku Turning Point modes. More spawn points have been added and the system that decides where a player will spawn has been reworked. This is great news considering each of those modes allow for some pretty notorious spawn killing.

There's a wealth of other changes coming with this patch, which you can find right here. Also, don't forget to check out the plans for DLC EA is rolling out for Battlefront in 2016.