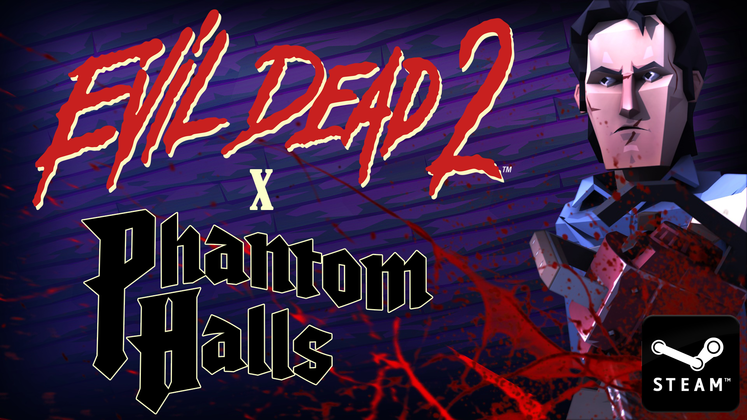 The Evil Dead 2 expansion for Phantom Halls is out now on Steam, which as we've noted before is the first Evil Dead game release in 12 years, not counting an Ash appearance in Telltale's card game Poker Night at the Inventory 2. The update brings a brand new mission to the game, as well as environments, enemies and traps all taken from the Evil Dead series. The weird Gooseneck zombie and Deadite Bad Ash are both bosses, and the new map is based around the iconic Evil Dead cabin.

Best of all, the expansion is free for anyone who owns Phantom Halls and game's on sale right now. There's a new trailer too, which we've embedded below. It looks good fun, but we do admit that the Evil Dead license loses something without Ash's voice, particularly without the Best Actor Ever Bruce Campbell. He was the main inspiration of Duke Nukem, after all. Hopefully they'll add voice acting in a later update.

Earlier this year we wrote about Phantom Halls, a roguelike survival horror on Steam Early Access, and how it was getting Evil Dead content including the playable character of Ash. Now developer Incendium has revealed a full expansion to the game titled Evil Dead 2 x Phantom Halls, which barring cameo appearances and iOS games will be the first Evil Dead game in 12 years, and could well be the best.

Check out our list of the Best Free Horror Games on PC!

Phantom Halls, if you don't know it, is a neat roguelike horror on Steam Early Access where you control a squad of characters through a side-scrolling world. It's all about finding weapons, defeating undead enemies, and getting as far as you can without dying. The developer describes it as "Worms meets Spelunky in a 3D papier-mache world" which seems accurate to us. As mentioned the game launched earlier this year with Evil Dead content to celebrate the 30th anniversary of Evil Dead 2, but the content was very basic beyond the inclusion of Bruce Campbell's iconic Ash Williams.

The new Evil Dead 2 x Phantom Halls expansion will be free, and boast new content including new locations such as the cabin, new enemies such as deadites and Bad Ash, and a lot more quests. The full list is here: 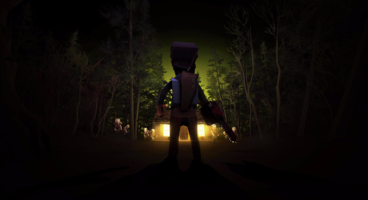 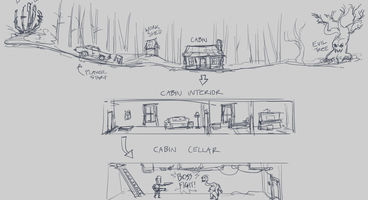 The last Evil Dead game on PC and consoles was Evil Dead: Regeneration in 2005, which was deemed generally average but was particularly criticized for adding an annoying sidekick. There have been a couple of iOS titles but since 2005 the only significant Evil Dead videogame appearance was Ash Williams showing in Telltale's Poker Night 2, although not voiced by Bruce Campbell. There has never been a good Evil Dead game, that's for sure, so Evil Dead 2 x Phantom Halls has a real chance in that regard.

The free expansion will launch September 18 and Phantom Halls is available now on Steam for a wonderful £6.66 in the UK, and a less impressive $9 elsewhere.