Officially rehashing last year's events, Overwatch is about to indulge in some Halloween festivities for the next few weeks. We don't know a whole lot about what it'll bring, but the usual skin leaks seem to check out.

The return of Overwatch Halloween Terror was officially announced by Blizzard through a short teaser trailer posted on Twitter. Though a couple of voicelines datamined beforehand gave off signals, there wasn't too much more than player expectation and Blizzard's own event patterns to check this one off the list. 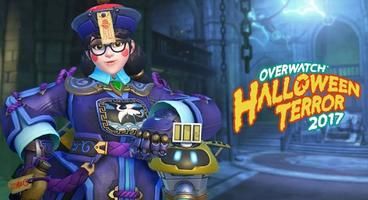 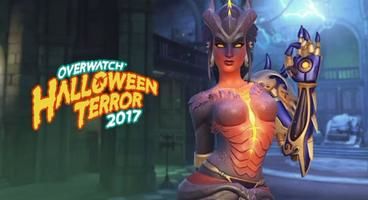 At the time of its official announcement, two new skins debuted as McCree and Reaper went head-to-head. They're a little hard to fully understand through the tiny teaser trailer alone, but it looks like Reaper has gone for the Dracula-inspired look with McCree becoming something akin to Van Helsing.

Forget Overwatch Halloween Terror 2017, Genji Is Getting His Own Figma

Blizzard working on new First-Person game possibly related to Overwatch, and an MMO RTS! ... on mobile?

And that's about everything we know when it comes to official news. We'll know the whole lot once the patch goes live, but we're running on limited datamines that show Mei embracing her heritage again as a traditional Chinese Hopping Zombie, Symmetra has finally shown the demon her boosted primary weapon has turned her into, and Zenyatta becomes Cthulu in what could one of the game's finest skins to date.

Other than new skins, we're expecting the beloved Junkenstein's Revenge PvE mode to make a return. Lucioball made a second appearance this year with some slightly altered details, so we're left assuming the same will be true for last year's Halloween Terror mini-game. It's a traditional wave-based gig. A bit like Orisa's 'Uprising' event, PvE modes really help break up the repetition of constant PvP matchups.

There's no exact time in mind when this event will go live, but you'll likely see your social media feed of choice light up when it finally does.

The nights grow cold
And monsters appear
A great evil gathers
And Halloween draws near... pic.twitter.com/98CXWqQ0gc