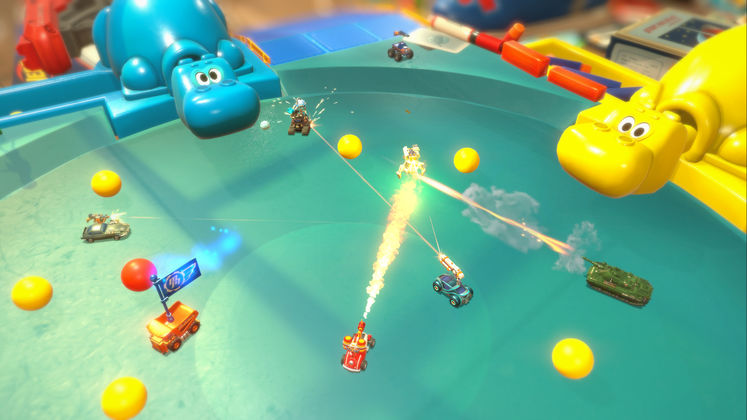 If you were born in the 90s you still considered anyone old enough to have been brought up with a Commodore 64 as an 'old person'. In the year 2017, however, you're now one of them for likely having access to a Sega Genesis and Micro Machines. Good thing its modernising then, eh?

Micro Machines: World Series was announced a couple of months ago now. And though its debut trailer only hyped up the name and the miniature scale of the wacky car racing game, it didn't show any gameplay whatsoever. The new trailer does. 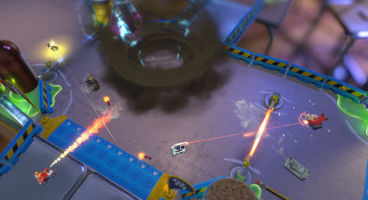 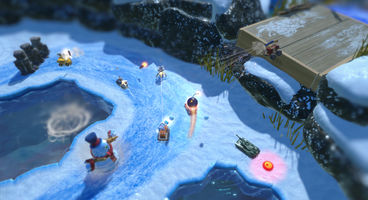 Voiced by a man that sounds an awful lot like Brian Blessed (who could mistake that thundering tone) we're guided across the classic vehicular mayhem we haven't really seen since the 90s/Early 00's - unless you're counting the mobiles releases.

Boasting 12 player support and plenty of silly little weapons, there's a reason the video focuses on the new Battle Mode segment that includes CTF, Territory and Team Deathmatch. It solidifies that sense of scale the classic managed so well and the craft and pool table courses seem to be making a grand return, too.