Got a spare £20 saved for a rainy day? Imagine it's raining right now and start considering throwing that cash to EA for a full year subscription to Origin Access.

And no, Origin Access isn't one of the streaming services game publishers keep attempted to assure us is the future of gaming. It's a service put out by EA that gives immediate access to a select - though expansion - library of games for a monthly/annual fee. 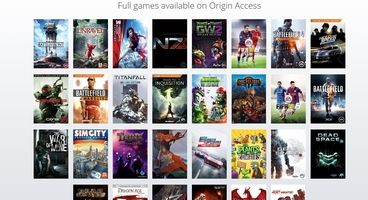 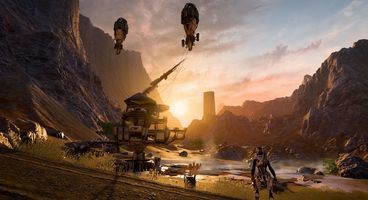 Usually priced way higher, the publisher has recently slashed the price of its Origin Access program. Those who think they can run through the varied collection of titles in a couple of months may find solitude in its £3.99 base price. But for those who might want to take their time, wait for more titles or lap up the other assorted benefits, 12 months for £20 is a damn good deal.

Whichever route you take, you'll be granted access to the full Mass Effect series, Battlefield 3/Hardline/4, Titanfall, all three major Crysis titles, Star Wars Battlefront, the recent Dragon Age games, the Dead Space franchise, Need For Speed, Sim City and a bit of smaller games like Unravel, PopCap's library and Trine. Give them a shot with a free trial, abuse the 10% purchase discount to grab a cheaper Mass Effect: Andromeda pre-order or take them up on their offer of some free Battlefield 1 playtime.

The sad thing, however, remains to be that Titanfall 2 is still having nothing to do with Origin Access. The discount doesn't apply there, there's no free Gametime and it'll likely never join its older sibling in just becoming a part of the vault. Still, it's a good deal if you're at all interested in ever a few of the games it has to offer.