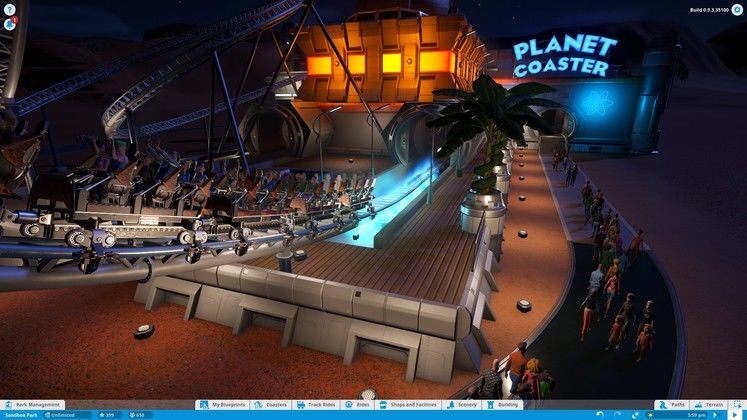 Ahead of the major April update to Planet Coaster, Frontier Developments have now outlined one of its major sweeping changes with its own video.

Part of the appeal of Planet Coaster is the sheer amount of creativity permitted through its Blueprint system. By splicing together different shaped and styles of intricate little building blocks, players are able to create grand structures to find a park's overall theme. You can find a host of them through our own mod section, too. 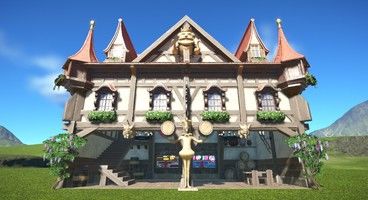 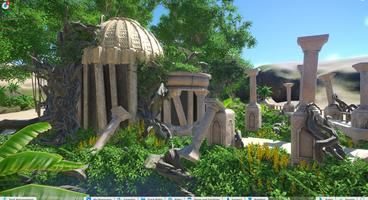 So for those looking to effectively recreate the castle in Disneyland or Hogwarts from the Harry Potter franchise, they needn't wait for the expensive license expansion that would never come. They can piece it together themselves, save the 'blueprint' and share it across the Steam Workshop for all to download and drop into their game. But it had its limits.

Previously, savvy Planet Coaster architects were locked to storing 2000 'pieces' into a single blueprint - meaning certain intricate designs would chop down available space or be shelved for the bigger picture. Going forward with the April Major Update, this limit will be doubled to a massive 4000 piece limit.

While paths are usually omitted from shared park designs, but the amount of suggestions and feedback being taken into consideration through the comments on the trailer below are being greeted with a representative promising to have something to say around the time of launch.

Though famous community crafters like Ulthris and DeLadysigner will likely accept - and crush - this limit with open arms, it's good news for everyone. Creatives have more freedom meaning general players will get more detailed designs to use in their own parks.

The 'Spring Update' is scheduled to release April 11.