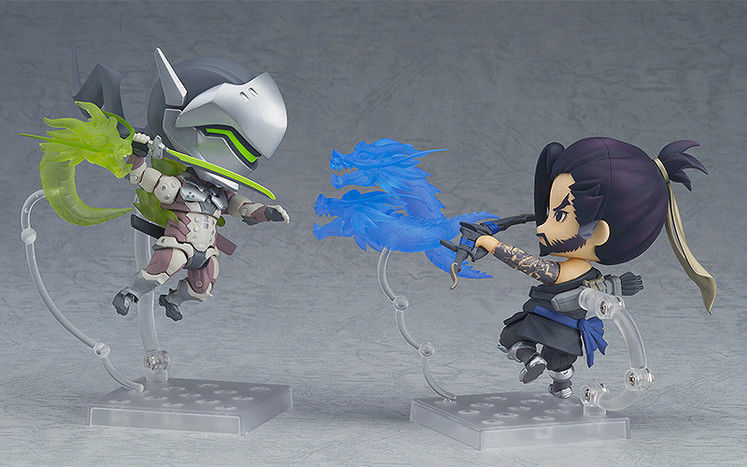 It wasn't long ago that we applauded Good Smile's decision to craft a new Overwatch figma over the minature Nenderoid lineup they typically push. Before releasing even that, they're preparing more nendoroids.

Hanzo and Genji want to bring their feud into your desk space as they shrink down to Nendoroid size. Depsite the annoucement timing, these guys won't be coming home for Christmas. They're still around 8-9 months away. 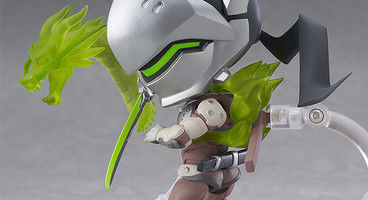 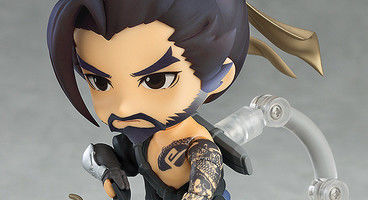 Both donning their 'classic skin', there's likely little hope of Goods Smile running a Lootbox service with low chance of gaining new skins to swap between. And Good Smile, if you're listening, please don't. We don't need more of that, thanks. Hanzo's bow has been designed to specifically suit his holding style, and it comes with two flavors of arrow; standard and scatter shot. While he can fire the regular arrow, there doesn't appear to be any visual effect pieces to show the Scatter Shot in action. But at least you can release the Spirit Dragon with Dragon Strike whenever you please and have him climb up walls.

One Minor Update Just Changed Overwatch In A Big Way

The Overwatch Halloween Terror Event Could Contain The Best Skin Yet

When it comes to Genji, he's also ready to throw out his ult. Considering his far superior mobility, we'd usually wager him coming out on top in a battle of the ultimates. Having nothing more than a sword, the Genji nenoderoid relies on translucent effect parts and your imagination to have the ninja show off his unique abilities. Good Smile also say he has a 'double-jointed' neck. We're not sure if this is canon now, but it means this particular nendoroid can strike many more poses than most others.

Both are designed to compliment each other by recreating a scene from the Dragons animated short; but you're not forced to pick them up together. Each costs around £30 before any applicable taxes, so keep that in mind. Both release in June just one month after the large-scale Genji figma that, for whatever reason, isn't accompanied by a matching Hanzo. Guess there's no Hanzo main at Good Smile