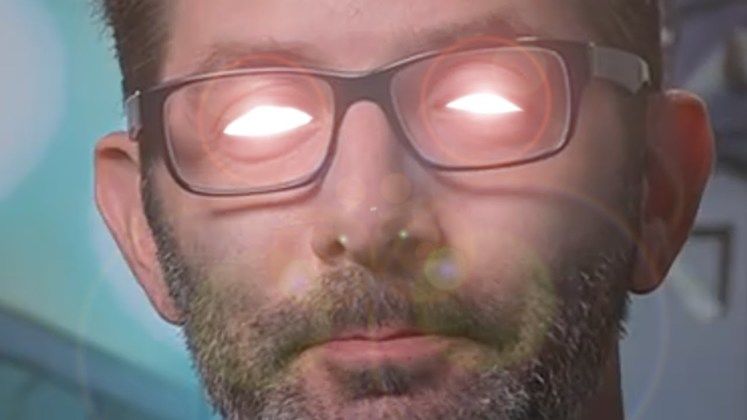 Suddenly it isn't the upcoming Junkrat, Mercy or D.Va changes making headline Overwatch news, but game director Jeff Kaplan. And no, it's not another Dinoflask mash-up.

Jeff usually does rounds of the Overwatch forums to ensure players with big questions about Blizzard's hit shooter get the answers they want. Rather than respond to bug reports, hero feedback or suggestions, he dug a little deeper to roast a player who thought he could abuse others in Quickplay. 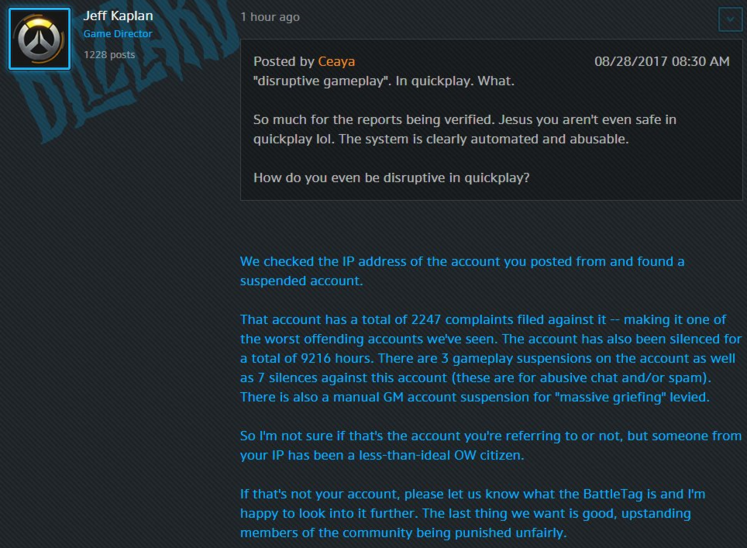 Forum user Ceaya went on the defensive when his account was flagged for 'distruptive behaviour' in the game's Quickplay format. Usually considered the place all about run rather than 'meta' team composition, some players use it as an excuse to hurl abuse at each other under the pretense of 'it's only quickplay' - usually in response to other players trying to enjoy themselves. Caeya wasn't pleased about the report, clearly being one to think anything goes.

Balance Updates Are Big Business - Read About The Latest Here

In response, Jeff came to answer the call of duty. Announcing to the world with bright blue text that Caeya's account in question was actually one of the worst offending/most reported accounts in the entire game - one spanning 30 million player, no less.

With 2247 complaints lodged against it, Jeff wasn't pointing fingers and even suggested Ceaya to get in touch if the account in question happened to be under a different name. Silenced - meaning unable to chat - for a total of 9216 hours means this guy even managed to stick around long enough to carry on the bad attitude even after a considerable warning. 3 gameplay suspensions and even a GM reporting them for 'massive griefing' means Ceaya really had no grounds to call the system 'automated and abusable'.

The literal definition of name and shame, Jeff Kaplan continues to show there's little excuse for ruining the experience of others. Constructive critisism in ranked play is expected, but abusing a segment of the game typically housing new players and those looking for less serious competition isn't a place to vent elitism.