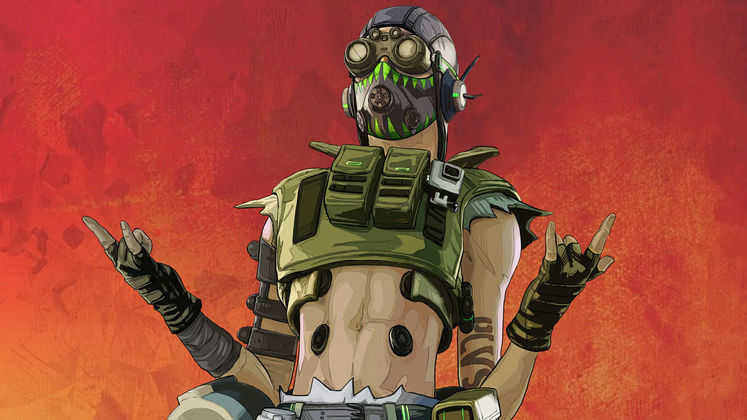 Apex Legends is one of the hottest games around right now, and people are hunting for whatever new information they can about the game - especially with season 1 coming so soon. Now there's been an Apex Legends characters leak giving us a new Legends first look.

We've heard of a number of possible new characters coming to Apex Legends, most notably one called Octane who you can see in the artwork above - but now we've got a look at potential new legends such as Wattson, Nomad and more.

This is thanks to dataminer Shrugtal (via Reddit, who managed to pull a number of possible character icons and artwork. These new Legends include such names as Rose, Crypto, Nomad, Wattson, Jericho, and of course Octane. You can see the chart below, and leaked pictures. 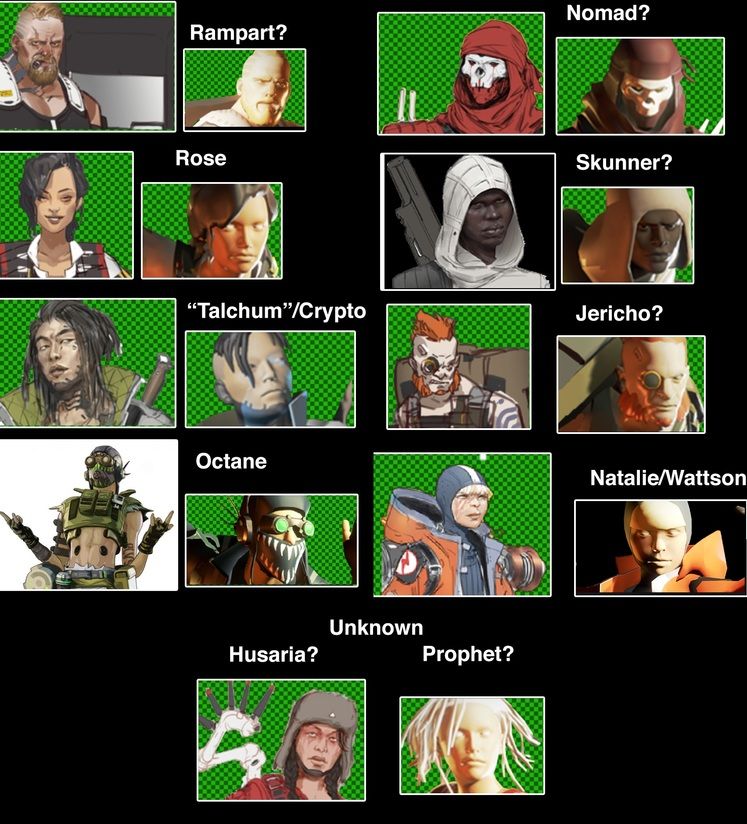 A lot of these names are guesswork, but Octane's masked icon clearly matches the artwork previously leaked, and Talchum/Crypto was on a piece of concept art shown when Apex Legends was first revealed. Wattson has also been suggested as coming the soonest out of all of these, possibly with Octane, as items for her have also been leaked, such as the Tesla Trap below.

As for when any of these will show up, your guess is as good as ours. We're personally confident that Octane and Wattson will be first, and may even appear with the start of Season 1 - which may happen as soon as today. We'll keep you posted.