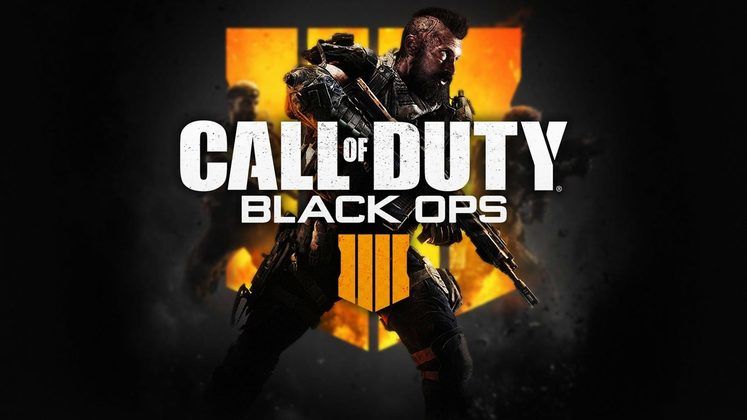 Call of Duty: Black Ops 4 may have been overshadowed as of late by a certain game about matchless competitors, but that doesn't mean its development has ceased. Quite the contrary, there's a lot of interesting stuff coming in this week's update.

Black Ops 4 double XP Valentine's Day event is going to mark this week's PC title update, though it has been noted that we can also expect various announcements of future content - some of which (Arms Race TD) will be out on PS4 this week. 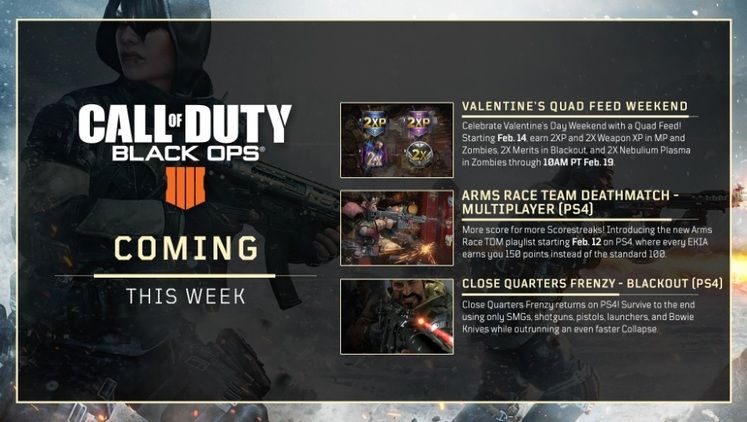 Black Ops 4 Quad Feed weekend is basically what the game's celebration of Valentine's day will amount to. Starting on 14th of February, players will have the chance to earn double the amount of combat XP, double weapon XP (multiplayer and Zombies, too), double Merits in Blackout, and double the amount of Nebulium Plasma in Zombies.

This "Valentine's Day" event will last a fair bit longer than one day, too, with the wrap-up ceremonies planned for 10 AM PT, 19th of February. That ought to give you plenty of time to stock up on XP, Merits, or Plasma, depending on what currency you're in need of.

In the meantime, we can also expect Arms Race Team Deathmatch and the return of Close Quarters Frenzy Blackout event sometime in the future, seeing as how these are going to be featured in the PS4 version of Black Ops 4.