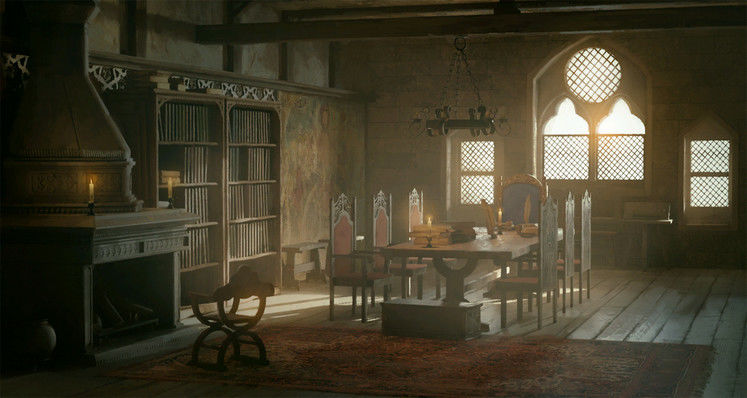 The Council makes up the administrative body of your Realm in Crusader Kings 3, and those who sit on it enjoy positions of respect. For this reason, your most Powerful Vassals, that is the top 5 in terms of strength, will each demand a seat and be very unhappy if they don't get one. This manifests as a -40 opinion towards you if they are ignored over and can be considered one of the worst individual penalties in the game, second only to stealing a Title out from under them.

That is not to say that you absolutely have to give them seats, as fairly often their skills will be lacking and this could cause more problems than their potential disloyalty. Remember that you can also try to sweeten them up in other ways, rule by dread, lock them up, or just ignore them completely.

In this guide we'll be going through the main aspects of each Council position and what works best when. As each action also has side effects related to the main goal, that are random and easy to see in-game we won't be going through those but there's still plenty to learn below. 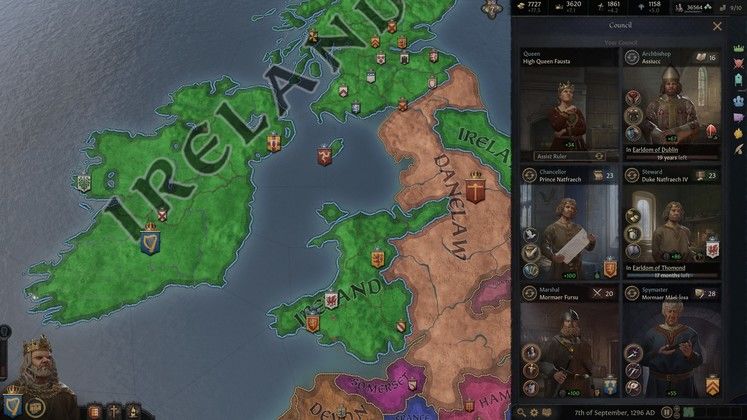 The Chancellor position offers the liege the chance to get a fairly large opinion boost with all vassals (an excellent Chancellor will give around +10 or more across the board). This is unarguably the best use of this Councillor, although Foreign Affairs offers the same opinion boost with foreign rulers which could be used to help avoid wars or diplomatically vassalise.

With the Realm-wide boost to opinion, this seat's position should be filled by someone with the Diplomacy skill to best make use of it, although a few points don't make much of a difference.

Integrate Title sounds excellent, and it would be, except that it does take a long time and relies on the Title already heading that way.

The Chancellor themselves gains a flat +5 with all fellow vassals which isn't much but could help them organise rebellious factions in a time of uncertainty such as a new or unpopular ruler.

The Steward is a well rounded position that can be a powerful tool in your bag. The most useful skill here is Increase Development as it rapidly raises a County's value. Development gives +0.5% to Taxes and Levies per level and while low levels don't offer much and high levels are fairly unachievable, even an extra 10-20% in your Capital County can make it worthwhile.

Collect Taxes, while useful, isn't as good as it first seems. To start with you'll be looking at 10% increase with an excellent Steward, which is nothing to sniff at, yet with all the ways CK3 gives the player gold, it's rarely a game changer. Compared to the permanent increases in gold and troops from an increased Development, it becomes even more lacklustre.

Promote Culture is the final action, and it's fine. It can be very useful if you're having trouble controlling far off lands, but the penalty for not being the same is only -5. This penalty also only applies if the lord is of a foreign culture, meaning that if you give titles to those of your culture, you can largely avoid this, leaving your vassals to deal with the problem.

Organize Levies gets the gold star here, with a base of +5% and an extra 1% increase for every point of Martial skill. An excellent Marshal can get you to around 25% bonus, which for a Kingdom tiered ruler could equate to an additional 5,000 men in their personal Levy. True, those numbers come later in the game, but an extra fifth or more troops under your banner is always useful in either war or as a deterrent.

Train Commanders is another great choice although it is more aimed at peacetime use. This action is mainly for improving the quality of your Knights with extra Prowess or new Commander Traits. If you're secure in your position and aren't expecting a war any time soon, it's worth considering.

Low County control can affect Taxes and Levy size and the Increase Control is useful for quickly dealing with an unruly County. It will be your least used action of the three but is there for when you need it.

The Spymaster is perhaps the most irrelevant yet critical of your Councillors. Above all else you have to make sure they are good at their job and have a high opinion of you, despite the fact that unless you're playing an intrigue Lifestyle, you won't even notice their existence.

For most players, Disrupt Schemes is just plain best. It keeps you alive. There really isn't much else to say about it except that keeping your Spymaster on this action will massively hurt any attempt to subvert your rule or lay you in an untimely grave. Utterly indispensable for Realm stability.

Support Schemes makes for a nice temporary action if you have a Hostile Scheme that needs doing as fast as possible, but remember that if you are that desperate to remove someone, there's every chance they will be trying the same against you meaning you lack of Disrupt Schemes could come back to bite you.

Find Secrets usually just turns up the odd affair but can be used to gain Hooks through Blackmail. It can be useful, but only if you're playing in an Intrigue based style. That said, there are several Perks that allow you to either Fabricate Hooks and trade Hooks for gold, so it can prove valuable.

As with the Spymaster, the Archbishop is not someone you really pay much attention to. If you're Catholic, you don't even get a choice of who serves in the position so you don't even have to think about that. However, goodwill with your Archbishop is hugely important as they are responsible for paying the Taxes and raising the Levies throughout your Realm.

If this character dislikes you, you get nothing. If they do, you get a lot, and we mean a lot. For example, in our example Kingdom, we can see that our personal Domain pulls in around 30 gold, our Vassals 21, and the Church 20. This means you will be earning nearly the equivalent of your combined Vassal income from a single character. This doesn't even factor in the non personal Levies, which in this same Kingdom are 59% temple troops.

But, enough of that and onto the actions. Religious Relations is good for free Piety and a small boost with the Pope (if you're Catholic). It's good to be in good standing with him as he can give you money and divorces.

Convert Faith you'll use a fair bit as Heresies pop up from time to time and early game you won't have the strength to force strong Vassals back to the true faith.

Fabricate Claim is self explanatory but is required if you hope to expand. It takes a while and when he succeeds you will be charged gold for a Claim. The Perk Bellum Justum at the top of the Strategy Lifestyle halves this cost, so that is worth getting if you're in the business of rapid expansion. 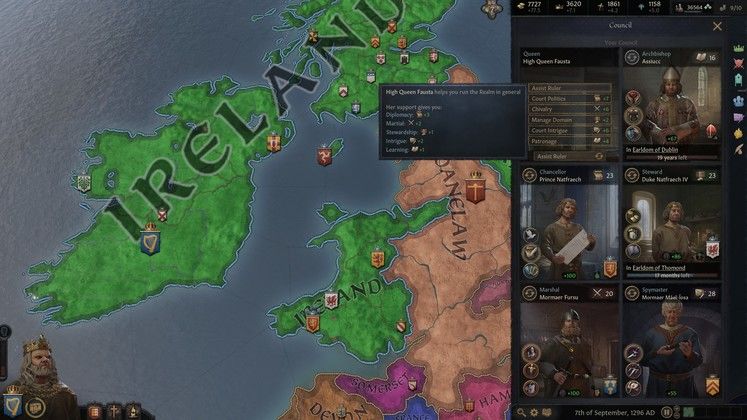 The final slot in your Council is taken by your spouse and offers a dropdown box to choose how they will help you. By default this is set to Assist Ruler and adds a few points in each Skill to your total. The other options focus on an individual Skill and boost it by a large amount. Of course, all these numbers are based off your spouse's personal skills, so a Skilled partner will help you more.

There's rarely any need to play around with this, but should you find yourself lacking in something important you can change it at will. A key example of this would be your Domain limit. If you go over it, not only do you get an opinion penalty, but you also lose 20% of all personal Levies. This can make it so you get less troops than you would if you had less Castles. Switching your spouse to Stewardship could give you the extra you need to keep the lands for yourself.

If you're looking for more Crusader Kings 3 guides, you might want to check out our Console Commands and Cheats page.