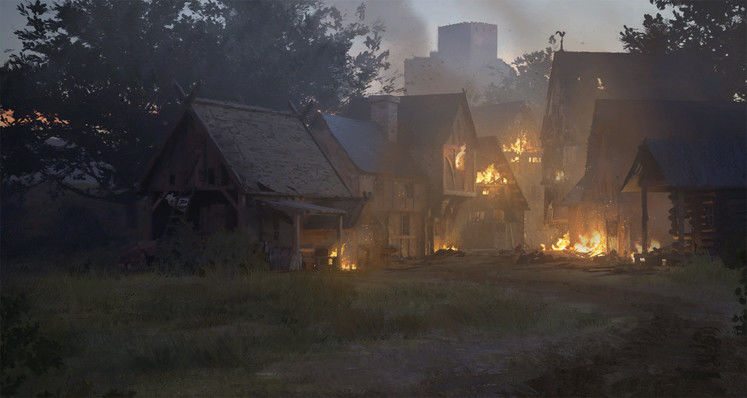 Crusader Kings 3 Knights are the cream of the crop, the armoured nobility and court hangers on. This means they are made up of named characters from your Realm. This includes Vassals and Courtiers and in this guide we're talking about how they work in CK3.

As a ruler, you have a number of slots for your Knights. They are chosen when you raise an army, by default in descending order of Prowess until this limit has been reached. This is usually 7, but with Perks and Buildings you can get it much higher. 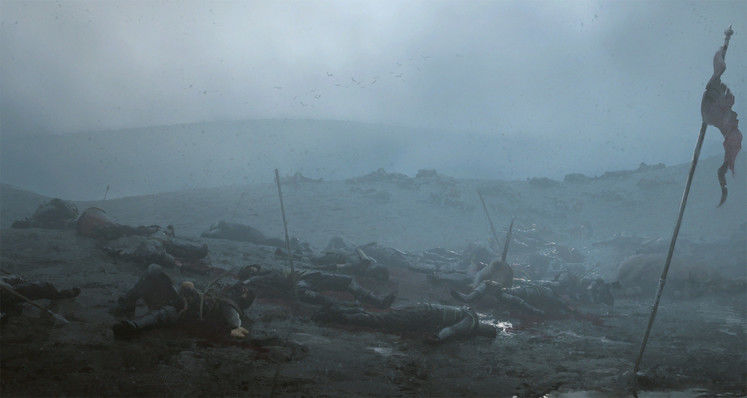 Prowess itself is a secondary skill that acts as a character's personal combat rating with each point giving 100 damage and 10 toughness. This means that a 10 Prowess Knight is equivalent in damage to 100 Levies, with a toughness to match 10 of the peasants. In the early game before you can afford a lot of Men-at-Arms, Knights are extremely powerful force multipliers. 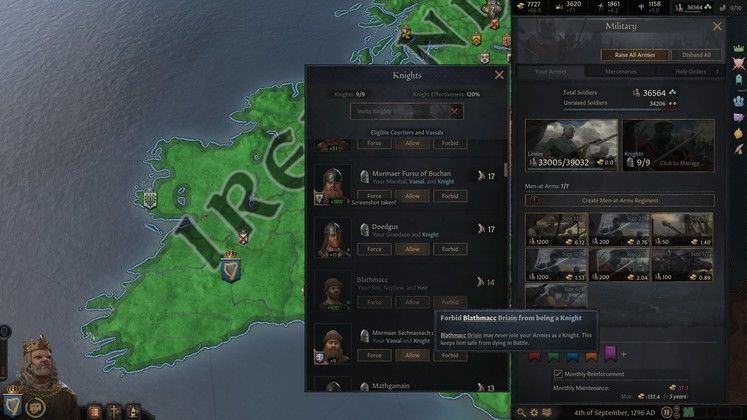 If you enter the Military tab, you can click on the Knights. This brings up a window allowing you to manage them directly. In the management window you will see that under each Knightly portrait is a toggle set to Allow. This means they will be called to arms if they meet the requirements. From here you can also Forbid and Force.

Forbid is a very useful option which we would recommend using for your direct heir to remove the risk of them dying in battle. This same tactic can be applied to other characters you want to protect, for example, a Powerful Vassal who likes you and doesn't create any trouble.

By the same token, you can also Force a Knight to fight regardless of their Prowess. A Knight with a low Prowess level is much more likely to die or become maimed in battle and this offers a devious means to remove a thorn from your side. However, they do fight with your Men-at-Arms, so you won't be able to simply throw them into a losing battle without some micromanagement. 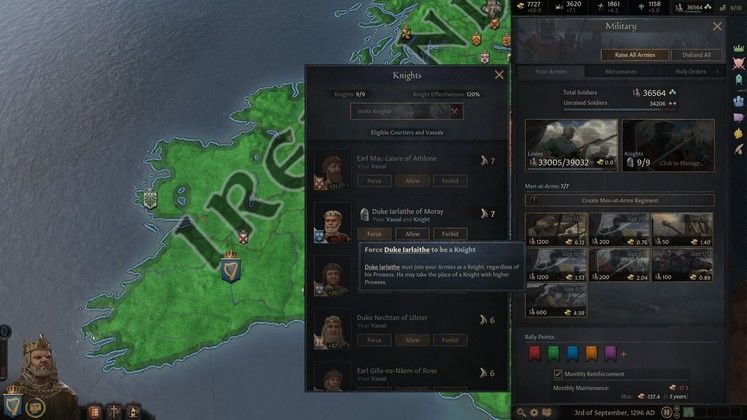 By micromanagement we mean that it is possible to split a Knight off into a single unit stack and send them off alone. You do this once you've raised your main army. Go to the army window and click on Split off new Army. From here you can move a knight of your choice into a separate stack. If you're ambivalent to their survival but still want to make some use of them like a good leader should, you could also throw them into a Levy army and use it for more reckless tasks.

There are two further options available to you in the Knight management window. Invite Knights has a ten year cooldown and costs 150 Prestige but summons three Knights to the court with a minimum Prowess of 12. This is useful if you're fighting without enough Knights, or lacking Knights with a decent Prowess. This isn't instant and they will trickle in over the new few years, as well as needing to be recruited for a small amount of gold when they do arrive.

You can also see Guests in your lands that you can Recruit to Court. This costs often substantial amounts of gold but increases your available Knights and once in your court, can also be used as any other Courtier. Still, with the cost, they're probably only worth getting if you feel that you really need them. 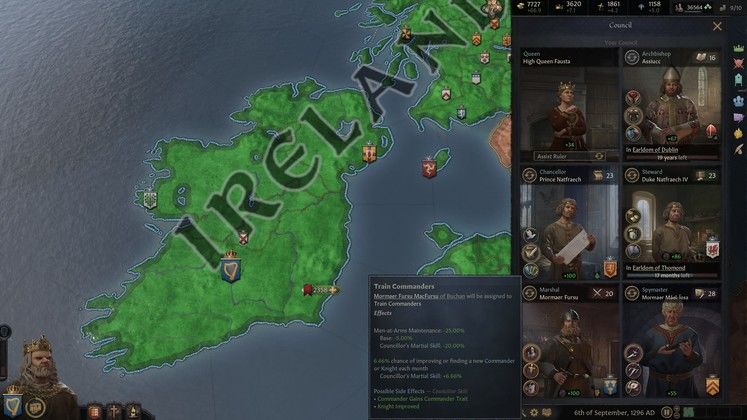 There are two main ways of improving your Knights and first up is raising Effectiveness. This percentage is a multiplier on top of their base statistics and as with the Knight limit there are various ways of increasing it. Certain buildings will offer a permanent boost to Effectiveness, but the biggest bonuses come from Perks in the Martial Lifestyle.

Spending 4 points in the Gallant tree of the Lifestyle will get you a personal Prowess of +4, 75% to Knight Effectiveness, -20% Friendly Fatal Casualties, +5 Advantage, and 4 extra Knight slots. These are well worth getting, especially early game where extra Knights make a huge difference.

The other way to improve your Knights is through the Martial Councillor action Train Commanders. This has a regular chance to improve an individual Knight's skill and can increase Prowess or add a new Commander Trait. The action also has a chance of finding a promising soldier you can then promote to Knighthood during an event. This action may not be as valuable as increasing your Levy sizes, but if you are at peace and not expecting war to break out, improving Knights offers a more long-term benefit.

If you're looking for more Crusader Kings 3 guides, you might want to check out our Console Commands and Cheats page, along with our guide on the basics of armies and the various troop choices available to you.