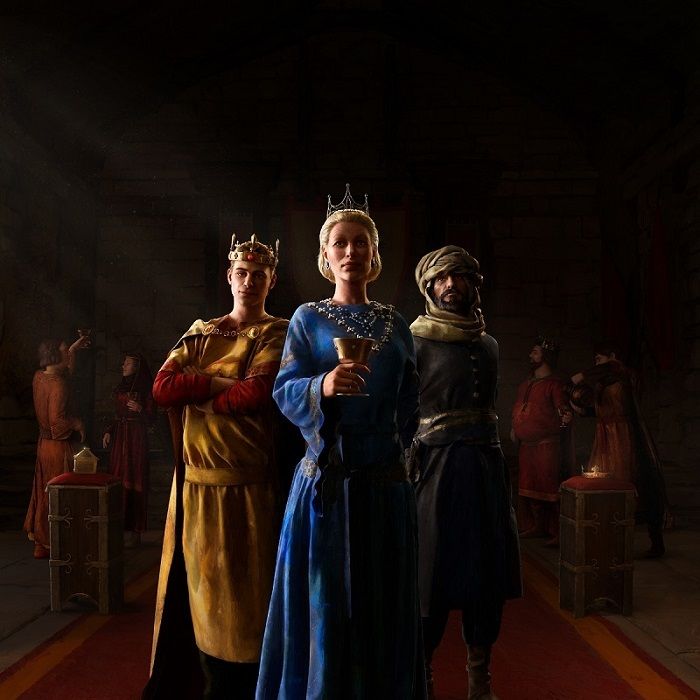 Focusing on growing the number of things your ruler can do, the grand strategy game's first major expansion will be accompanied by a free update that includes features such as acceptance and the long-awaited culture system rework.

Crusader Kings 3: Royal Court's main feature can only be accessed by Feudal or Clan rulers who ascend to the rank of King or Emperor. It grants them the ability to take a peek into a 3D rendition of their throne room, where their wealth is displayed. It's there that they can hold court, listening to their vassals and courtiers' problems and deciding how best to solve them. 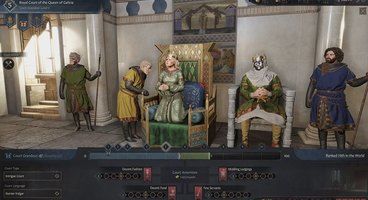 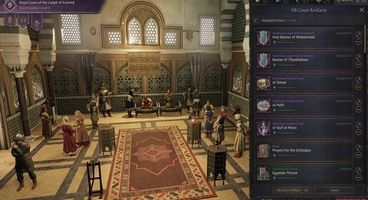 Grandeur is a new system introduced when Crusader Kings III: Royal Court's release date comes around, reflecting how known your court is in the world and how it lives up to the expectations others have of it.

These expectations depend on how large your realm is. Opting to pay the higher cost of better food and lodgings for your court as a small king yields various bonuses, while choosing to neglect them as a larger realm will displease vassals and sow distrust among your courtiers.

Artifacts also make a return in Crusader Kings III: Royal Court, giving rulers the chance to sponsor inspired people or seek out local craftsmen to create them. Since wealthy dynasties with a taste for conquest can amass a great many such objects, the inventory system, which CK2 players will remember, also returns after having received a makeover.

Crusader Kings III: Royal Court and its accompanying update are set to release on February 8, 2022, aiming to shake up things rather significantly with many other features. You'll find them detailed in the video embedded below and in our hands-off preview linked at the top of this article.