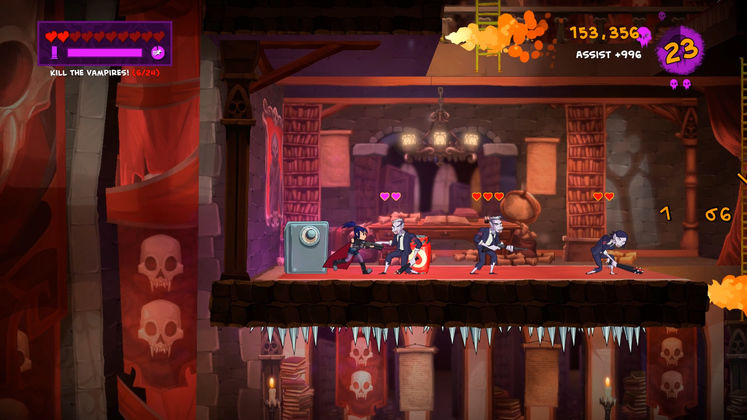 Damsel is, essentially, as much a game about chasing high-scores as it is a game about exterminating dozens upon dozens of vampires in quick succession. Developers want the players to perfect the titular vampire hunter's moveset in order to maximize their final score.

With a background in developing mobile games, Screwtape Studios aim to apply what knowledge they've attained in creating bite-sized (pun totally not intended) experiences to a fully-fledged PC game. This is where Damsel comes in, with a fairly positive Early Access review ratio on Steam. 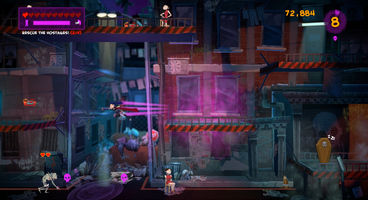 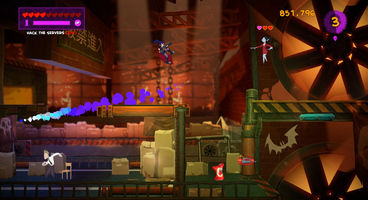 Developers seem to be especially proud of the dark world they've created, which is inspired by comic books that handled a similar subject matter, and which sees the titular Damsel take up her UV shotgun to try and stop Red Mist, a powerful vampire organisation that's adding blood to their popular vampire drink.

When it comes to gameplay features, players ought to expect all of Damsel's moves to be chainable one with another - a defining characteristic of the title's classic arcade vibe, and one that should (hopefully) ensure plenty of replayability while players try to top one another's high-score across no less than 50 missions.

If you're looking forward to giving Damsel's final version a go, it is set to release on the 19th of October, with the going price being $19.99 (regionally adjusted). That said, you can also get it immediately in its Early Access state, if you're that eager.