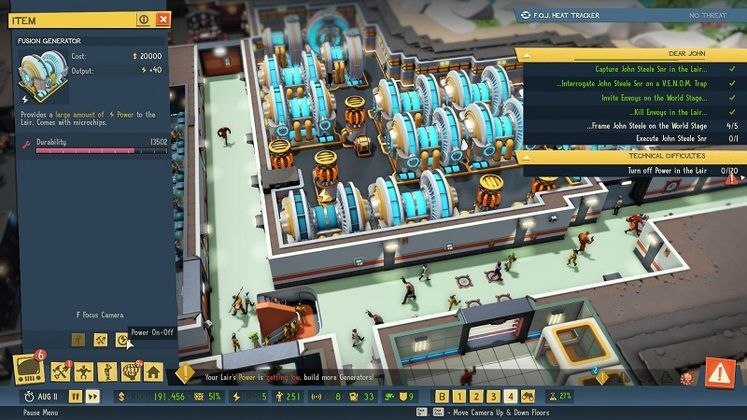 Evil Genius 2's Technical Difficulties Side Story is one of the optional quests through which you can either recruit an additional Henchman or permanently remove a competing Crime Lord from the world. Having more than one Henchman comes in handy especially in the later stages of a playthrough, when you start delving deeper into other side stories and potentially dealing with more agents of the Forces of Justice.

You start Evil Genius 2's Technical Difficulties Side Story by left-clicking on the Systems Menu button found on the lower left side of the screen and selecting Objectives. On the Side Stories tab, left-clicking on the quest itself, then press the Start Side Story button. Right after, you’ll get a cutscene in which one of your minions informs you that the lair is experiencing some trouble. He also suggests a rather traditional method of fixing things. 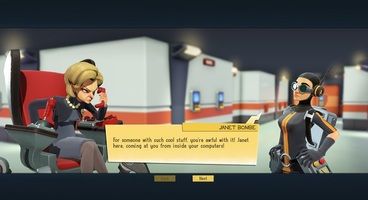 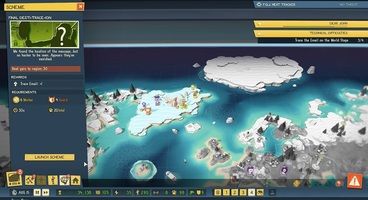 The first step is turning the power off in your lair. Select a power generator and, on the lower left side of the screen, you’ll notice three small buttons. The tooltip of the rightmost reads Power On-Off. Click it to turn off the generator and repeat the process until your lair is out of power, then wait for 120 seconds to pass.

Once they elapse, you can safely turn the power back on. Now, you’ll need to build 5 Computer Consoles in the Control Room. Soon enough, you’ll notice that power will turn on and off by itself. This will keep happening until you complete Evil Genius 2's Technical Difficulties quest. When your minions are done placing the Intel-generating items, select at least one console, activate the Troubleshoot mode after clicking on it, then wait until the process completes.

You’ll get a cutscene revealing that all your efforts were largely in vain, which means it’s time to bring your wrath down upon your minions. Four Technicians have to go, so you have to select your Genius, right-click on any Technician in your lair, then watch your nefarious avatar murder their underlings in cold blood. If you want to make sure you prune your workforce properly, heading over to the Minion Manager tab of the Minion Training menu can help you identify minions with less desirable traits.

The main challenge during Evil Genius 2’s Technical Difficulties side story comes from being unable to control your lair's power. It does only go out for brief periods of time but happens frequently enough to disrupt minion training. Once you’ve murdered your Technicians, Janet Bombe will appear, claiming to be the one behind your lair’s issues. 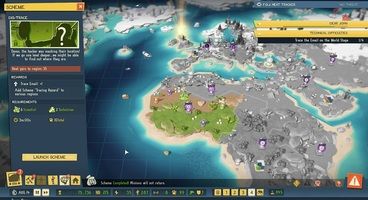 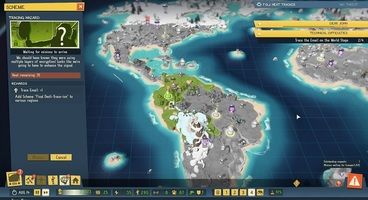 Thankfully, this also means that you've reached the final stage of the Technical Difficulties quest, which sends you to Evil Genius 2’s world map. You have to trace Janet’s email by completing several Schemes, the first of which waits in the Western H.A.M.M.E.R. Districts. It’s called Time to Trace and you’ll have to sacrifice 4 Scientists and 6 Technicians alongside 5 Intel to complete it. The Second Scheme, Dis-Trace, is found in the Western S.A.B.R.E. Territories just below. It requires 6 Scientists, 2 Technicians, and 10 Intel to complete.

The third Scheme, Tracing Hazard spawns in the Central S.M.A.S.H. Republic. 3 Scientists, 5 Technicians, and 15 Intel will have to lose themselves into the void that is the World Stage. For the fourth, Final Desti-trace-ion, look in the North-Eastern P.A.T.R.I.O.T. States while having 6 Workers, 4 Guards, and 20 Intel prepared. That’s the last step required to complete Evil Genius 2’s Technical Difficulties Side Story.

Sadly, there doesn’t seem to be any reward for doing so, but it does let you move closer to either recruiting Janet Bombe as a henchman or killing her. As a sidenote, the Technical Difficulties Side Quest only appears if you didn’t choose Recruit the Fan as your starter Henchman quest and already have Janet by your side.

For more help with Evil Genius 2, also drop by our guides on genius abilities and super agents.