Dune open-world game will be "an evolution" of Conan Exiles 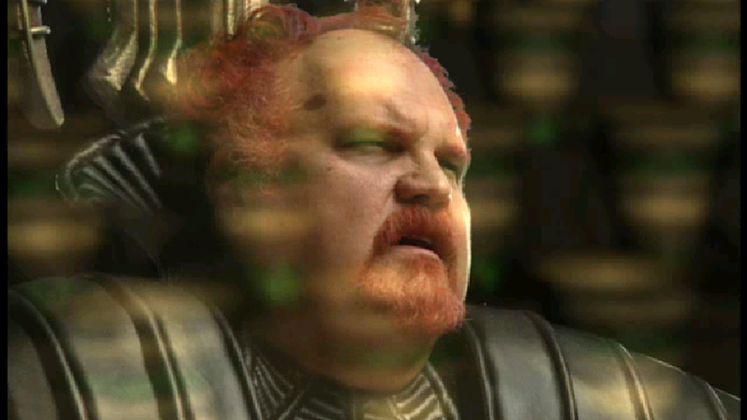 Funcom's Dune was announced earlier this year, where it was revealed as an open-world multiplayer game - possibly an MMO, but most likely in the style of Conan Exiles. Now we know that it's definitely the case, but the Dune open-world game will be "bigger and better" than Conan Exiles.

In Funcom's latest conference call, the studio heads revealed some more details about the open-world multiplayer Dune game - including that it'd be "an evolution" of Conan Exiles, and will also be a Games as a Service title. Details are below. 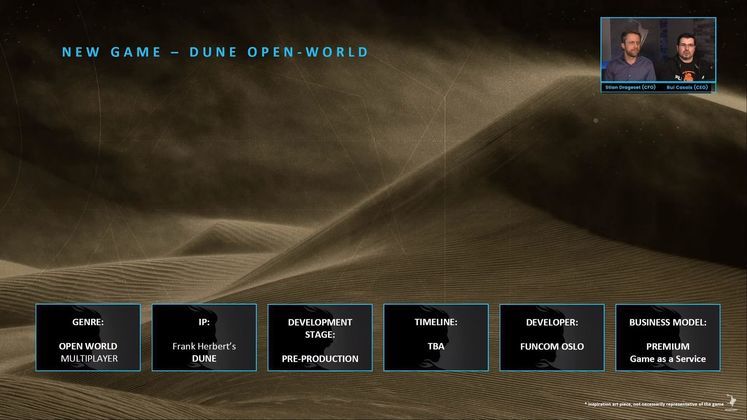 You can see the Q3 2019 financial conference call on Twitch below or here (spotted by Twinfinite). In it, Funcom CEO Rui Casais and CFO Stian Dragset discuss the last quarter sales, but have a section devoted to new games - including Funcom's Dune open-world game.

They describe it as being still in the pre-production stage, and as mentioned it'll be in the Games as a Service model - specifically, as the same type of game as Funcom's successful Conan Exiles. Casais particularly says that Dune will be "an evolution of what Conan Exiles is, but with Dune, and with something bigger and better." He also notes that they "have some really fun ideas floating around" regarding the game.

As for more information, Funcom is planning on coordinating a lot of the news with Legendary Pictures, who are making the new movies and TV shows. Legendary is "taking the lead" on Dune reveals, and once more stuff from the movie is revealed, the game will be made public. The new Dune movie, directed by Denis Villeneuve, is due out December 2020 - so expect to hear more about it, and subsequently the game, very soon.