Halo Infinite Weapons List - All the Guns Revealed So Far 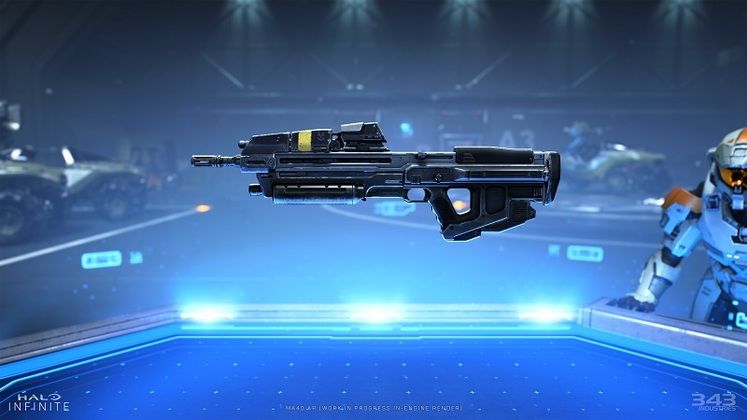 We got our first good look at Halo Infinite's weapons last year, when developer 343 Industries revealed gameplay from the first-person shooter's campaign. The next entry in the popular series will feature its fair share of guns, both new and old, which Master Chief can use to push back the Banished.

Since Halo Infinite suffered a delay and development is still ongoing, it's possible that these are not all the weapons present in the final build. Nevertheless, the guns revealed so far point towards Master Chief having access to a varied arsenal, including some chunky new additions. 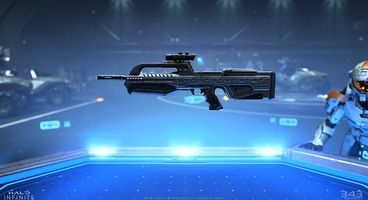 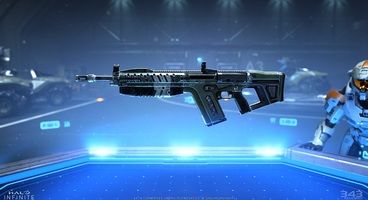 The first entry on our list of Halo Infinite weapons is the very first gun we saw in the campaign gameplay reveal video: the Assault Rifle. Accurate, automatic, and holding 36 rounds, it looks to be a reliable companion for Master Chief. Images from a later blog post suggest that we're dealing with the MA40 AR variant.

If you've faced the Covenant before, you'll surely recognize this one. A smaller semi-automatic weapon capable of firing small bolts of plasma, it is confirmed to make an appearance in Halo Infinite. It's unclear at the moment if its charged attack also returns.

While not exactly a weapon you'll carry around in Halo Infinite, the M46 Vulcan will prove to be a trusty companion when you find yourself in a Warthog. Can't argue with a machine gun's fast rate of fire and infinite ammo.

An automatic Covenant weapon, the Needler fires purple, shiny, crystalline shards at a relatively fast rate. They not only home in on their target but, in past games, also explode once cozily lodged into its armor or flesh.

The Pulse Carbine is the first Banished gun on our list of Halo Infinite weapons. It fires bursts of blue plasma bolts at its target but does overheat from continuous fire.

The VK78 Commando is a UNSC tactical rifle capable of full-auto fire. While it holds clips of 20 rounds and isn't as fast as the Assault Rifle, it seems to compensate by dealing more damage to those unlucky enough to meet its bullets.

Another Banished weapon, the Ravager's burst fire launches arcing bolts of red plasma towards its target. It also has a bayonet attached to its tip, possibly for additional cool points but more likely for poking enemies who get too close. Also overheats when fired continuously.

A semi-automatic UNSC pistol that can hold 12 rounds in its clip. Someone, somewhere said that it's faster to switch weapons than reload, and you'll be happy to have it with you when you're short on ammo for your bigger gun and piles of bodies to loot.

The Mangler is a Banished weapon that resembles the old-timey revolver. Eight rounds go in its cylinder and each shot comes out with a satisfying punch and a good amount of damage dealt to whoever it's aimed at.

Big, immobile, and shielded, Halo Infinite's Shade Turret is a weapon you'll want to use, especially if it's located near a crowd of nasty foes.

The CQS48 Bulldog is a pump-action shotgun whose rotary magazine houses 10 rounds. Perfect for close-quarters fights, it combines a hefty punch with a decent rate of fire, especially for a shotgun.

Although it wasn't featured in the campaign gameplay reveal, 343 Industries shared pictures of a BR75 work in progress render, which likely means the scoped burst-fire weapon will be featured in Halo Infinite.

We'll keep adding to our Halo Infinite weapons list as 343 Industries reveals more of the first-person shooter's guns over the coming months. Let us know in the comments which one you're most excited for or hope to see in-game.

Halo Infinite is slated to launch this Fall on PC, Xbox Series X/S, and Xbox One.