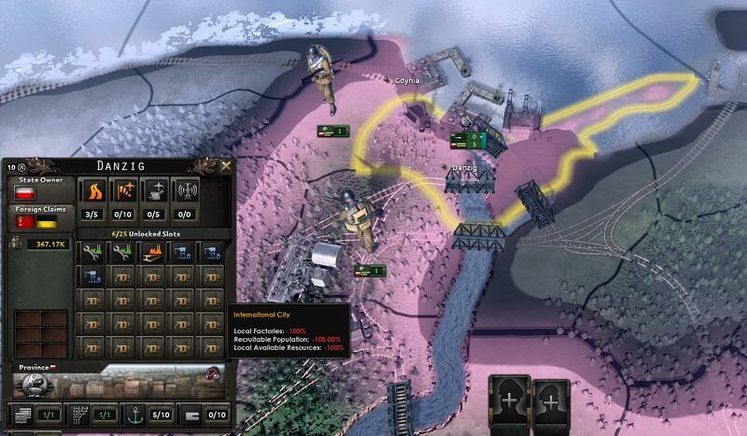 Work on Hearts of Iron 4's upcoming Barbarossa 1.11 Update continues and Paradox today revealed that Poland, one of the game's most popular minor nations, will have its focus tree reworked.

All the changes shared in HoI4's latest developer diary target the part of Poland's focus tree rework that will be available to all players at no cost. Many of the old low-value research bonuses in the industrial portion of the tree have been "expanded with extra factories and bonuses." 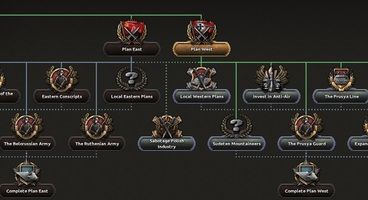 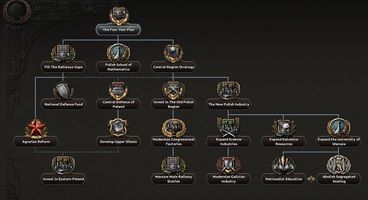 Poland will also have access to industry focuses that grant "powerful but temporary bonuses towards consumer goods and construction speed." While these buffs will contribute to making the nation an even more appealing choice for players, some of the upcoming changes also add an extra challenge.

Reflecting the poor state of the country's rail network, the Poland's Focus Tree rework also introduces the Peasant’s Strike of 1937 as an event that players must deal with.

"Beginning as mere whispers among the peasantry, if Poland fails to join the supply networks and enact major agricultural reform, they will be faced with a nasty peasant’s strike, damaging their stability, industry, and populace. Though on a tight schedule, Poland may pacify the countryside to delay this uprising, but until reform is enacted, the peasants will remain restless," the developer diary reads.

Hearts of Iron IV's Barbarossa Update also tasks players who choose to lead Poland into the war with deciding the fate of the city of Danzig. With the country exposed to both the Soviet and Nazi threat, the Focus Tree rework lets you pick between Plan East and Plan West to bolster your border defenses. While not mutually exclusive, committing to one means you cannot switch to the other until you see things through.

You can learn more about the upcoming free changes to Poland's Focus Tree in the full developer diary, linked above.

The Barbarossa 1.11 Update will be accompanied by an unannounced paid DLC, which will introduce additional alternate history options for the country. The developer plans on revealing them next week in a follow-up dev diary.