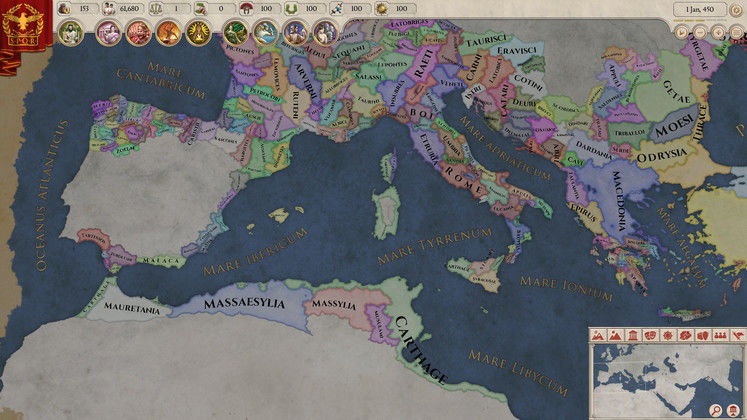 With Imperator: Rome out now, eager conquerors can now try their hand at controlling the Mediterranean. While the title does focus on the cradle of civilization, the Imperator: Rome world map actually stretches far further, encompassing a vast number of cultures. 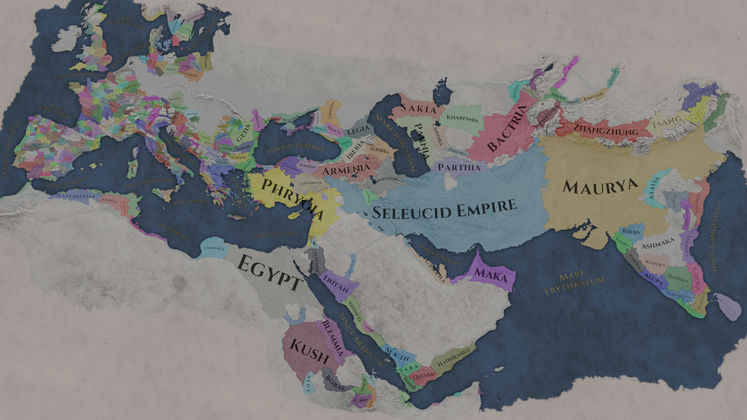 As the picture above shows, the Imperator: Rome world map stretches from the Iberic peninsula in the West all the way to the Indian subcontinent in the East. Far from being just a title focusing on Rome and nearby Barbarians, players can take on the role of Kingdoms such as Kush, the Tibetan Zhangzhung and even a few Scandinavian tribes.

The Imperator: Rome world map is said to be "the biggest and most detailed map" in a Paradox game. It features over 400 factions.

Provinces from previous Paradox titles, the smallest part of the map, are called cities in Imperator: Rome, while a province is comprised of groups of several cities. You'll find in-depth developer insight on the map in this developer diary.