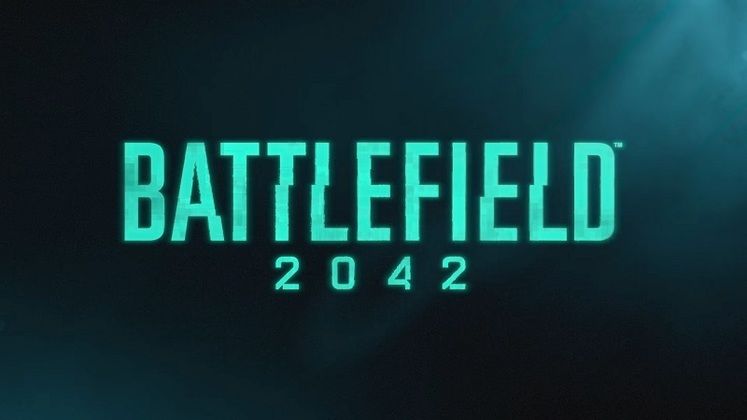 Battlefield 2042's water fears small knives so much that it currently allows you to dive and swim through the air if you threaten it with enough melee attacks.

The first-person shooter launched without a host of features that were part of previous iterations, including going underwater, which played into it becoming one of the worst-reviewed games on Steam shortly after release. 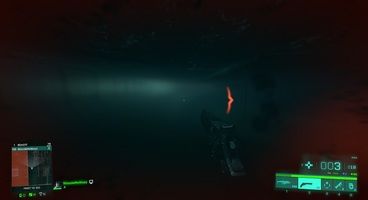 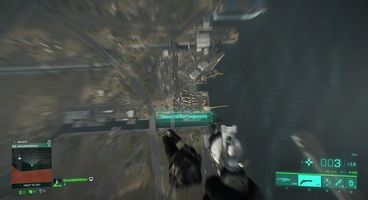 But while the rest of us accepted the status of slowly moving ducks while crossing any of Battlefield 2042's bodies of water, players who ventured to spam melee attacks discovered that diving was, indeed, possible.

While testing the same approach, Reddit user Lach2e then discovered that it can also grant you the power to swim through the air.

The latter is more likely one of Battlefield 2042's many bugs rather than a quality of its futuristic setting's air, but going underwater does seem to be a mechanic that's either leftover from past entries in the series or not fully implemented just yet.

I hopped into a few matches to try it out myself and meleeing the water did, indeed, yield both results. While submerged on Kaleidoscope, some of the audio around my Specialist was muffled and their vision obscured.

Spending too much time underwater led to my Specialist's health quickly decreasing, ultimately resulting in death and a message that read "You Drowned." Although it's not shown on the UI, the game does seem to track oxygen while submerged.

Staying underwater also requires repeated use of the melee attack, otherwise you return to the surface. Doing so, however, later enabled me to calmly swim through the air, like an gracious swan wielding a powerful revolver it suddenly forgot how to use. You trade one power for another, I guess.

More interestingly, repeating the experience on Portal's Nosharr Canals, resulted in me being brutally flung into the air, likely after the game got tired of me trying to explore its forbidden underwater realm, and getting a fairly disturbing view of my Specialist, as you can see in the second screenshot above.

Battlefield 2042 players have highlighted quite a few issues since the game's servers went live and two small updates have already been deployed. A third one is set to arrive this week, nerfing its hovercrafts and Nightbird helicopters.