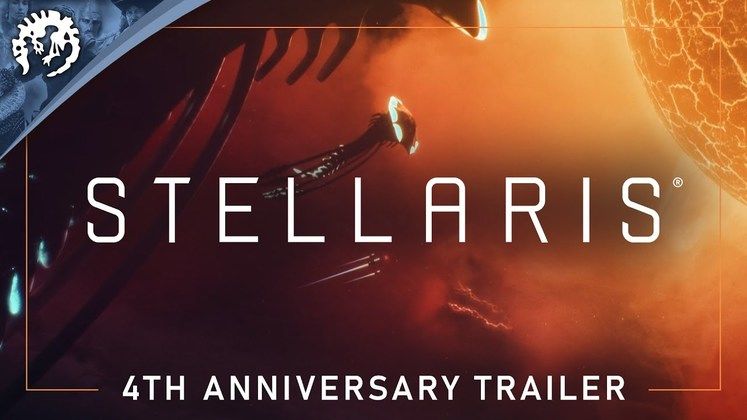 Stallaris once again hits us up with a cinematic trailer, this time due to their free Steam week and 4th anniversary celebration. That's right, Stellaris is free to try on Steam from May 12th, to May 17th. As with many games in this difficult time, Stellaris has seen an all time high active player count in March 2020 while reaching the 3 million sales milestone.

The trailer also coincides with the 2.7 4th Anniversary 'Wells' Update, continuing their naming scheme of honouring sci-fi writers. This patch focuses on Quality of Life and addressing feedback from the Federations DLC released with 2.6. 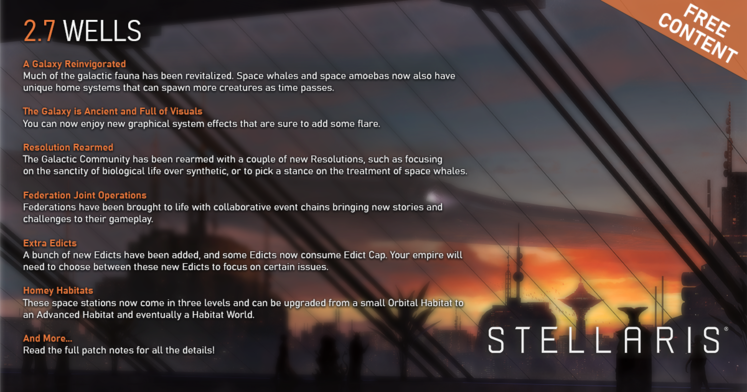 The patch notes for Paradox titles are daunting and this is no exception. For those of you without the time to read through the 235 bullet points we've included a summary of what jumped out at us other than bug fixes;

Download Stellaris for free on Steam right now, and play for free until May 18th. As usual for free weekends, the game is also on sale throughout. If you're still not convinced, you can check out our Stellaris Summary to get a better idea of the game first.