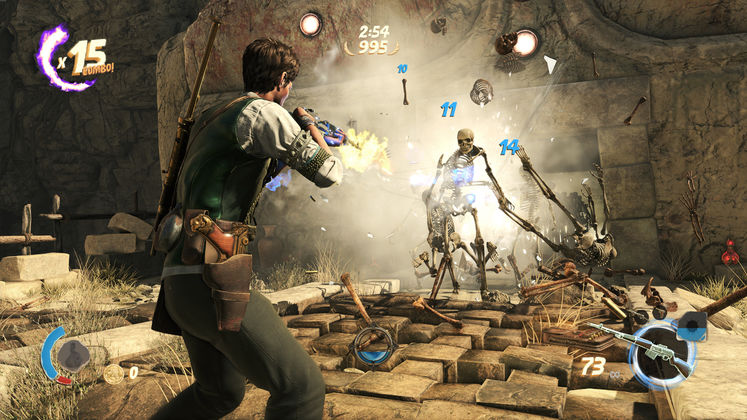 Strange Brigade, the latest co-op shooter from the Zombie Army and Sniper Elite developers at Rebellion, is due out on August 28 and we're really excited. Sadly though, we can confirm something that the game will not have is mod support.

We spoke with Ben Fisher, Studio Design Lead at Rebellion, during a recent playthrough of the game, and he let us know that mod support is not "currently on the plans" for Strange Brigade. It's not a dealbreaker by any means as the game is still looking fantastic, but it's certainly a shame.

When we asked Ben about potentially considering mod support for Strange Brigade during our interview, he replied "I don’t think that’s currently on the plans, no."

We asked him if that would be too difficult to do with a game like Strange Brigade, which has many parts to each level, and he told us that it comes more down to the technology.

"The game is produced with our internal engine and tools, so we would’ve had to set off from the outset to specifically make those tools accessible to the public, and that’s not something we’ve chosen to do yet."

Note the key use of the word "yet" at the end there, so there is some hope - however it should be noted that Sniper Elite nor any Zombie Army games have mod tools. Fellow co-op titles Left 4 Dead and more recently Warhammer Vermintide 2 both have extensive mod support, so it's a little sad that Strange Brigade won't get that.

Fortunately the game is still really fun to play and we are greatly anticipating it. You can check out a snippet of our playthrough of the new Cut-Throat Caverns pirate map below.