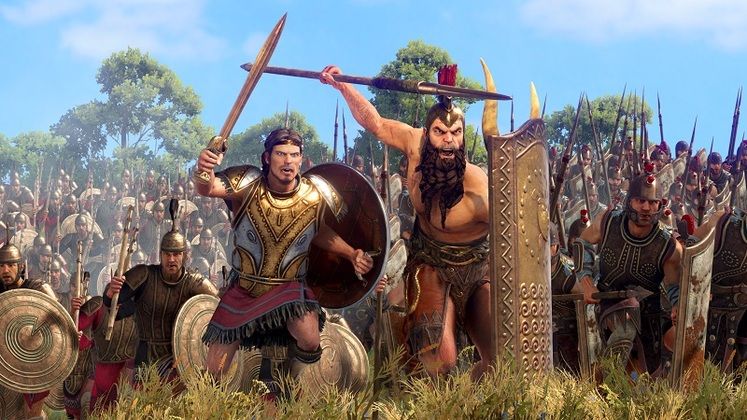 Total War Saga: Troy's Ajax & Diomedes DLC is out in a bit under a week. Aside from introducing two new factions, it also adds the Paragon system, which publisher Sega and developer Creative Assembly detailed in a video from today.

The Paragon system in Total War Saga: Troy gives players who pick up the Ajax & Diomedes DLC access to stronger versions of their base units. While they're earned as you play through the campaign, the two new rulers have different approaches to unlocking Paragon units. 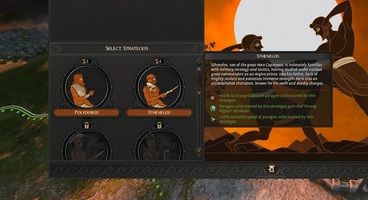 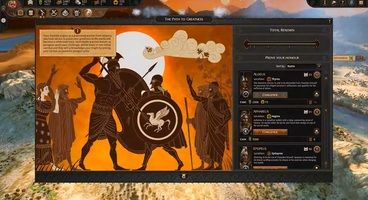 Diomedes can access the Paragon system through his Strategos found in the Argos' Finest tab. Two are available upon starting a new campaign, but he can expand his pool of options by conquering certain regions on the map. Each Strategoi gives the unit he trains a particular set of bonuses. Thus, having more of them unlocked grants a larger amount of flexibility in terms of specializing your warriors.

All of Diomedes' unlocked troops can be turned into Paragon units in Total War: Saga Troy. The training itself is free, but you will have to pay to recruit each Paragon unit and ensure that your faction can handle its upkeep.

The whole process also takes a few turns, depending on the Strategoi you choose. Trained units are differentiated from regular ones both through UI elements as well as the unique officer model that leads them on the battlefield.

Ajax's approach to the Paragon system is considerably more straightforward. In his Path to Greatness tab, you'll find a list of Paragons that he can challenge to mock duels. Each Paragon is a unique character that comes with a set of bonuses.

Challenging them also costs quite a few resources. When a challenge is issued, you'll need to move your army to the Paragon's location and defeat him in battle. The damage your army takes is "forgiven" and, once beaten, Paragons can be recruited into Ajax's armies.

Ajax doesn't have access to as many of these units as Diomedes does and, while his are more expensive to recruit, they're also stronger. Total War Saga: Troy's Ajax & Diomedes DLC launches on January 28, exclusively on the Epic Games Store.