Old-School RPG Vendir: Plague of Lies Brings a World of Darkness to PC in 2022

If you’re hankering for a brand new traditional party-based RPG with a very dark edge, then Early Morning Studios will have you covered in 2022 with the release of Vendir: Plague of Lies.

This grim tactical RPG is set in the titular fictional world of Vendir, a place that is rife with warfare, child slavery, and where the economy is based on selling slabs of meat from corpses.

The player gets the exquisite privilege of starting at the bottom of this particular dung heap, scrapping their way out of a life filled with plague, poverty, and violence whilst navigating a brutal regime that punishes the most trivial offence with extreme prejudice. 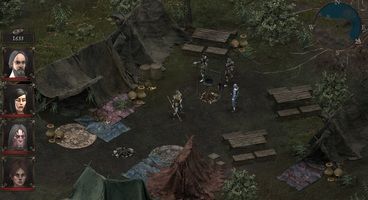 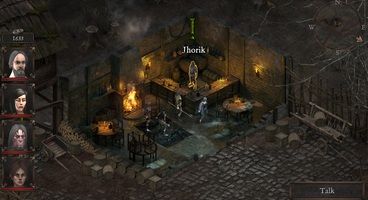 The reveal trailer gives a decent feel for just how unpleasant Vendir will be. It’s certainly not winning any tourism awards.

Early Morning Studios previously made Vampire’s Fall: Origins, and Champions of Avan, and are eager to take lessons learned there and apply them to Vendir: Plague of Lies. The studio has a passion for classic RPGs and wants this game to be a modern take on that.

Vendor: Plague of Lies is set to arrive on mobile, PC, and consoles sometime in 2022.