Warframe Tusk Thumper - What is It and Where to Find It? 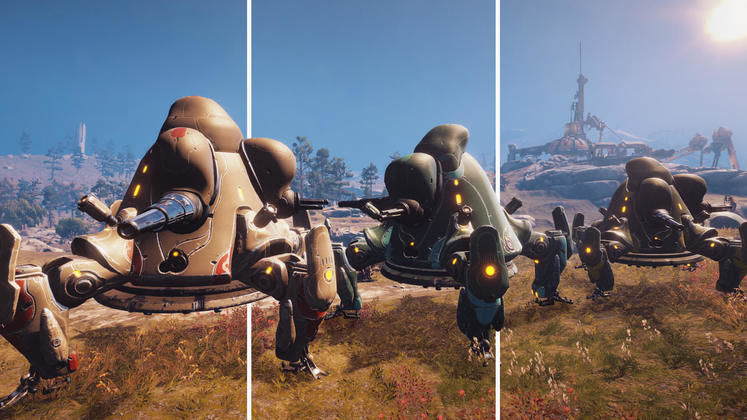 Warframe's latest update, 24.6, brought along with it the remastered version of Plains of Eidolon, the game's very first open-world area, and along with it has come the ominous Tusk Thumper - a high-powered pneumatic Grineer tank. Troubles abound.

Warframe Tusk Thumper is a sort of a boss encounter, requiring a few different things to be done before players can finally deal damage to it and take one down permanently. Be warned, however, as the tank is extremely mobile and dangerous.

What is the Tusk Thumper in Warframe?

Right off the bat, it's easy to tell that any given variant of Tusk Thumper is extremely heavily armoured. Indeed, the only way for players to actually deal damage to the Thumper is for them to concentrate damage on particular portions of its alloy armour, shooting them off after a while. This needs to be repeated four times - once per each weakspot - before the Tusk Thumper can be permanently taken down.

Weakspots are located on the tank's pneumatic legs, but the problem is that the beast is extremely agile and mobile for its size, so getting rid of its armour won't be such an easy task after all.

Corrosive damage should be your go-to for any of the three variants of the Tusk Thumper, as it is equipped with a fair bit of Alloy Armour even when its weakspots are open. That said, Viral damage will also be a good pick, due to Tusk Thumpers having a whole lot of Cloned Flesh as its primary source of health.

Tusk Thumpers are mostly dormant while players are on the prowl in Plains of Eidolon, so you'll need to get in close for them to jump out. Thumpers drop various POE-exclusive resources on death, and you can trade their appropriate tags for special plushies in Cetus. Happy hunting!