20 May 2019 | By Chris J Capel
World War Z is out now, and it's a tremendously fun co-op zombie-fighting game that feels like a successor to Valve's classic Left 4 Dead series. The game's developer Saber Interactive was very much inspired by Left 4 Dead, and are fans of Valve's other famous series Half-Life as well - which according to CEO and co-founder Matthew Karch, Saber actually tried to remake.

GameWatcher spoke to Matthew at a recent event for World War Z, where he told us about his personal love for Valve and Half-Life in particular. According to him, Saber approached Valve with the possibility of doing a Half-Life 2 remake, but were shot down because if that's going to happen, Valve apparently want to do it themselves. 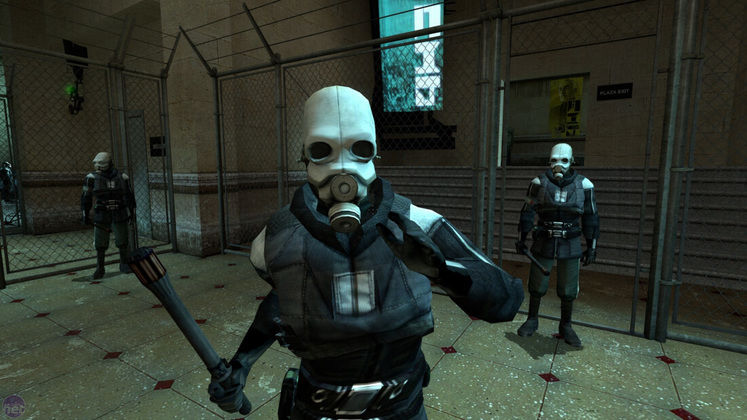 Half-Life 2 came out in 2004, 15 years ago, so it's totally within the realm of possibility for a remake. Another FPS that came out at the same time was Halo 2, which Saber Interactive remastered for the Halo Master Chief Collection. According to Matthew Karch, after they were done with Halo, they actually went after Valve's greatest triumph:

"After we did Halo Anniversary and Halo 2 Anniversary, as part of the Master Chief Collection, I reached out to Gabe Newell personally, because I knew him from a past life, and I said I want to remake Half-Life 2. That's all I want to do. I won't charge you anything for it. I'll do it for rev-share and doesn't even need to be a big rev-share. I just really want to do because I love that game so much."

Karch told us how he's is a big fan of Valve's games, but has one simple question for them: "Where's Half-Life? Half-Life was the game that made Valve. Before Left 4 Dead, there was Half-Life, which needs to be remade in my opinion, because I think we're scratching that itch with World War Z on the Left 4 Dead side. I think other developers are going to come and do similar types of things. But Gordon Freeman, man, he's as iconic as Master Chief. Where is it?"

We also spoke to Saber's co-founder about the Epic Games Store and World War Z's exclusivity, which he suggests is not about making money, "I believe it's about being a disruptive change in the industry". You can check out our review of World War Z right here.