Why did I follow him? I don't know. Why do things happen as they do in dreams?

30 September 2011 | By Joe Robinson
It's funny how things change, and yet stay completely the same: The original Diablo was a cult classic, hack'n'slashing it's way into the hearts and minds of many an 'old-school' PC gamer, and Diablo II merely took that same formula, gave it a spit-shine polish, and added in a few new locales. In many ways Diablo III has done exactly the same - it's kept the core construction of it's predecessors, and simply gave it another once-over to take into account 12 years of gaming development.

Playing through the closed beta, we were instantly hit by massive waves of nostalgia - from the way the game looked, to the constant clicking as the soul means of driving the game forward to..., well, everything. It probably didn't help that you start off in 'New' Tristram, and one of the first things you have to do is go to the old Cathedral (from Diablo) and rescue none other than Deckard Cain himself. The Diablo games have always been good at connecting to each other via common threads, and even after so long the same can be said here. You know why you're here, you know who's involved, and you know instantly what to do.

Despite having the same level design (albeit modernised), and despite throwing us a very familiar looking locale, the great thing about this game is that - thanks to the new engine - the world is so much more alive. Enemies crawl out of the ground, jump out of pushes, emerge from old crypts and coffins. Further to that, you can drop chandeliers, knock over old walls, and use the environment itself to help defeat your enemies. There's so much more immersion and interaction, far more than any of the last games had. The trade-mark randomisation is back as well, to help keep things interesting - mini-dungeons are randomised, there are special 'events' that you can trigger too.

This applies to the combat as well. Sure, it's still all click based, but everything looks more engaging, more 'visceral' to use a favourite buzz-word. When you use the Barbarian's hammer, things go flying, things break. Speaking of combat - The new way the game is handling skills is interesting: as you go through the game and level up, you'll end up acquiring more skills than you can actually use at any one time. Skills are divided up into groups, depending on their purpose. For example, The Barbarian as Fury generating skills, Fury spending skills, and then Situational skills. Tactics start to emerge in terms of 'load-outs' and sets, and the further along you get the more skills you can have access to at once.

Now to the bad parts: First off, we'd just like to say that we are against the DRM measures in place for this game. Granted, unlike other forms of 'always on' DRM, this game's always-onness actually provides tangible benefits to the player in terms of online functionality. However - when you have a situation where it's impossible to play a single-player game offline, then something is very, very wrong. We're also not really a fan of the how this has caused the game to be set up either - log-in is very MMO like, you can't save or even pause the game... it's all checkpoint based. 'Weak', I think is the technical term here.

Apart from that though, there's really not a lot we can really point to as 'bad'. We're not sure whether this is because it was a beta, or the fact that we were playing it solo... but the game felt a little easy. Sure, there were times where we slipped up and ended up taking on too many enemies at once, and so basically got gang-banged to death. Apart from that though, even the bosses were manageable. There's also the fact that this really isn't anything more than Diablo II but shinier. Sure, there are some things, like the Auction House, PvP combat, enhanced co-op etc... but people used to say the same thing about Starcraft II as well, and that had a whole Bioware-esque story section to it.


Like Starcraft II before it, Diablo III has been a long time coming. So long as you don't expect too much from it (you know how Call of Duty manages to do the same thing over and over and get away from it? Yeah, I think we've found where they got that from), there's a lot to be excited about here. A new chapter in a classic, chilling universe, a blast from the past but with modern bells and whistles... hmm, running out of clichés... This is going to be good. Not fantastic maybe, but good all the same. Diablo III is coming to PC whenever Blizzard feel like releasing it.

Most Anticipated Feature: Seeing what other nods to the previous games the devs have managed to work in. 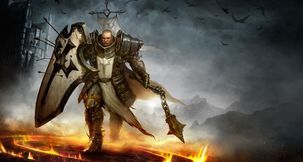 Blizzard Management Thought Diablo 3 Was a... 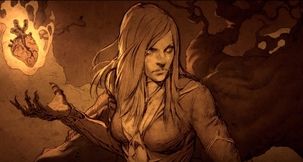