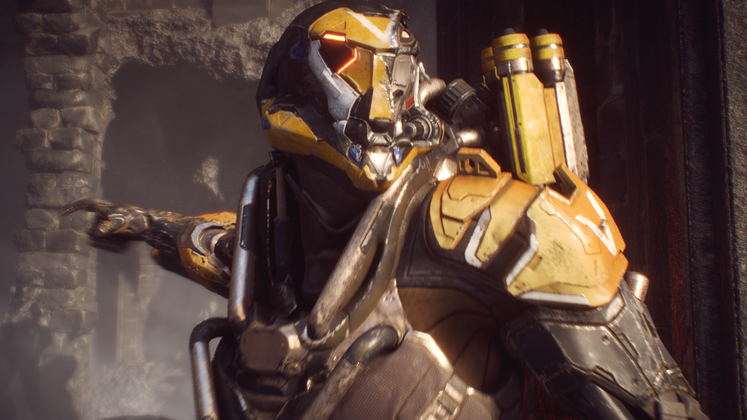 BioWare is one of our favourite developers, and we even enjoyed supposed “missteps” such as Mass Effect Andromeda and Dragon Age 2. Nevertheless, everything about Anthem left us nervous. The masters of the epic RPG making a loot shooter? Yes, the Iron Man-like gameplay looks fun, but could it keep the BioWare magic?

Now it’s here, and we’ve played the game extensively before and after the official launch and Day 1 patches. And we can honestly say… no, it has not captured the magic of Mass Effect, Dragon Age, Jade Empire, Knights of the Old Republic, and Baldur’s Gate. It also has not learned the lessons of Destiny or The Division, and makes massive mistakes in areas that should have been priorities.

Note: this is a review of Anthem as it is right now. The nature of it being a live service game means that it can and will change. We may return to Anthem as it progresses, but assume this review will be out of date by the end of the year. 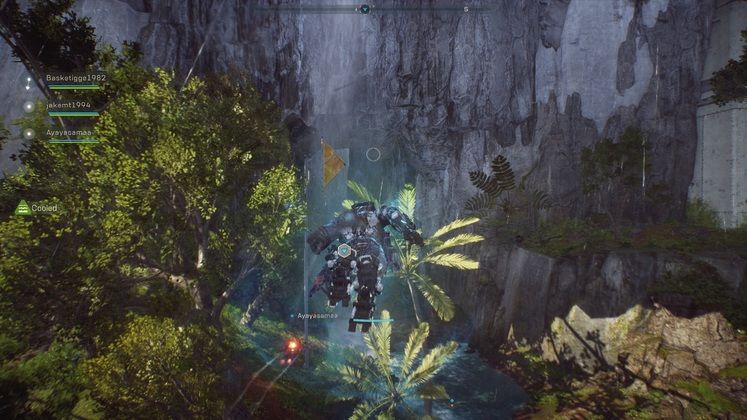 You play as one of the last of the Freelancers, rocket suit-powered bounty hunters who used to be considered heroes, but after a disastrous mission they’ve been in disgrace. Making your base in the human stronghold of Fort Tarsis, you take a few measly contracts here and there, until you’re called to more exciting service. The dark armies of the Dominion are returning, and it’ll ultimately be up to you to stop them.

The story isn’t bad, and it’s certainly a neat setup for a game, the only problem is that there’s a massive disconnect between the storytelling and the game. There’s even a perspective disconnect, as all the story scenes are first-person but the game is third-person. You get a voice in your ear during missions, but none of the characters take part - and once again, this is a online game where you are the story’s hero, but it doesn’t take into account the fact that you’re fighting alongside players exactly the same. Plus, being online, there’s no opportunity for any of the choices or consequences that define BioWare’s games. Like, at one point you meet a shopkeeper who needs financial help. You can’t help her. 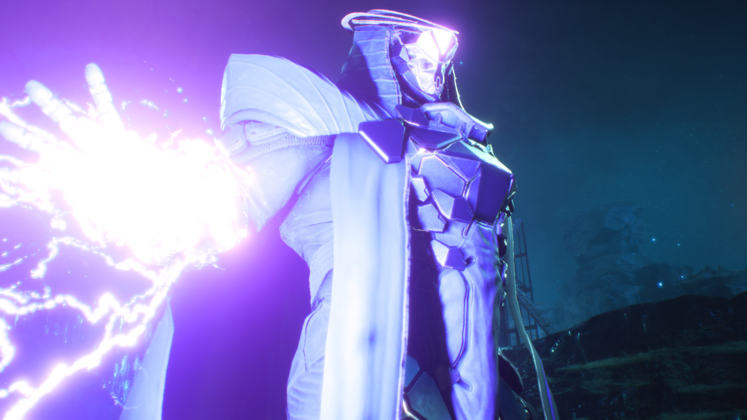 Fortunately, the moment-to-moment gameplay of Anthem is incredibly satisfying, even if it needs a bit of improvement in some areas. Going out in a Javelin, leaping into the world, and flying like Iron Man through a gorgeous landscape never gets boring. The combat remains fun too, especially when you start focusing on your mad abilities such as raining lightning storms and rocket barrages. The game’s always at its best when it focuses on these rather than the weapons, which are somewhat pathetic in comparison. We don’t care about shotguns when we can throw thunderbolts.

While the actual gameplay is fun, the game’s content is severely lacking right now. While Anthem will be continually updated with new stuff, just like any online game, Anthem’s content pales in comparison to even the first Destiny - which was widely criticised for having a lack of content. There aren’t actually that many missions, and those missions fall into simple “go here, kill some things that spawn, maybe use something or pick up some relic” templates. Enemy types need expanding too, as they’re all either weak grunts, bullet sponges, or just plain overpowered to non-fun degrees. 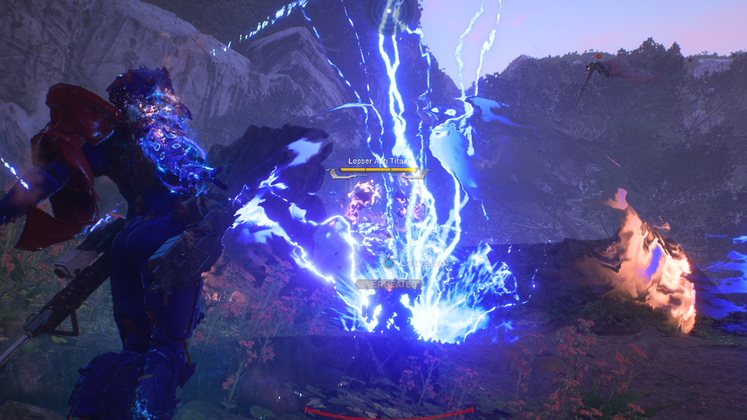 The worst parts of Anthem are when the game just runs out of its own minimal content and forces you to do something incredibly tedious, or should’ve been optional, just to pad out the gameplay. This includes getting a certain amount of melee kills, gathering embers, or killing frustrating enemies. These moments don’t just frustrate, they break the lore too - why would a centuries-old tomb require you to get a certain amount of multikills?

Our system is an AMD FX-8300 Six-Core Processor, 16 Gb RAM, Nvidia GTX 1050 Ti 4Gb, and Windows 10 64-Bit, and we ran Anthem well with most settings on Ultra or Very High. We did encounter some slowdown at occasional moments (usually just when loading a map), but that may be lag rather system performance. 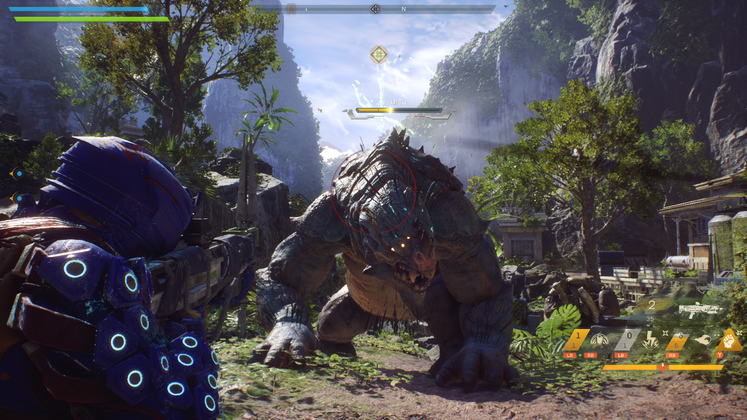 There are a lot of loading times, but that’s entirely Anthem’s fault. The major ones we don’t understand are loading screens to catch up to allies, and loading screens for the Forge. The Forge, in general, is completely pointless. I mean, it’s a nice place to customize your Javelins, but the unnecessary loading screens are annoying - plus, the inability to equip weapons anywhere else, such as during a mission or even on Freeplay, is just a poor decision on BioWare’s part.

Anthem is a tremendously fun base for a game, but is significantly lacking as a game right now. We know for sure that BioWare is making that game and it’s coming soon, but it sure as heck didn’t launch with it. The Anthem gameplay is incredible as an Iron Man simulator, with some great abilities, and the sense of flight is wonderful. The world and story is potentially interesting too.

At the moment though: the missions are severely lacking, the weapons are too basic, there’s a big disconnect between story and game, and having so many loading screens (especially with the Forge) is annoying. In general there’s just a severe lack of content, and forcing players to grind what should be optional achievements instead was a terrible stopgap solution. If you get Anthem now, you’ll have fun for a little while… but then you’ll be waiting for the real game to start.

The sense of flight. Or, raining death upon the hapless grunts below.