All my life's a circle 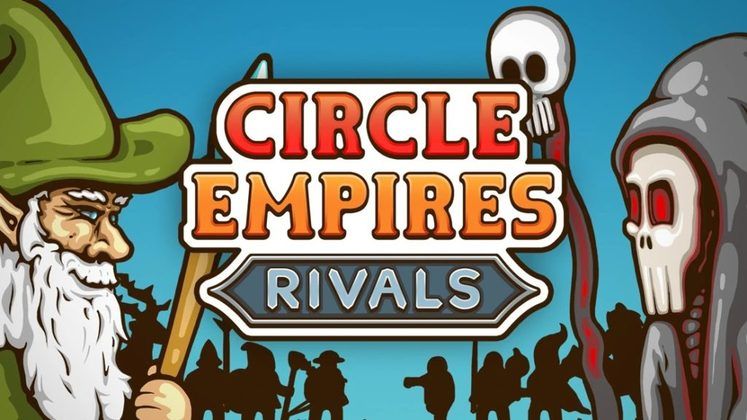 We all have a genre that makes us, as a whole, uncomfortable. Some might dislike rhythm games because they can’t keep tempo, or the hefty learning curve to understand the meta of fighting games. There’s nothing wrong with disliking a title. For me, it’s the Real Time Strategy. If it doesn’t appeal to you like me, it can be an overwhelming genre with plenty of micromanaging. I’m still amazed that people can focus on so many moving parts. Imagine my surprise when the next game I needed to review for GameWatcher was a RTS, let alone a sequel to one of the more unique approaches to the genre. Circle Empires: Rivals might not sell me on RTSs as a whole, but this is a fascinating approach all the same.

If you haven’t played the original Circle Empires, imagine an RTS where the map consists of multiple circles each with resources of their own and possible hostiles. This means that the fog of war is simplified dramatically, leading to a game that’s straightforward with its goals. Unit placement is also simple, where you place your units or buildings on an available circle. No special building or advancement required, just drop one if you’ve got the resources and off you go. If you’re someone who was obsessed with Zerg rushes in Starcraft, you’ll probably feel super comfortable in Circle Empires: Rivals. Purests of the genre might turn their nose at the simpler setup, but this allows for a pick up and play approach that you don’t often see in real time strategy. 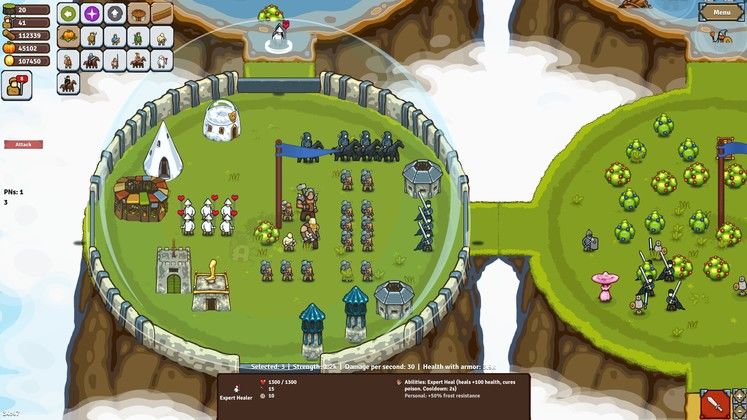 Thanks to the game’s basic layout, there are also plenty of game modes to shake things up. Including the three ones from the previous game (Monster Hunt, Total Conquest, and Imperial Conflict), there is also the multiplayer-only King Hunt that focus their attacks on enemy kings, a roguelike mode where resources don’t respawn, and Stop the Army where an unreasonably large army has to be defeated to win. These gamemodes also help you unlock your potential leaders, and there’s plenty of them. Each leader gives you a starting bonus and a bonus unit or building when you take a circle and you unlock more of them by winning games with other leaders. It allows for a good unlock loop that allows you to try out new leaders and strategies.

The big shift from this game to the original is the introduction of multiplayer. This alone makes it the superior choice. It allows for players to have both multiplayer and co-op with plenty of options to fine-tune your game. However, finding an open game was difficult in the beta, and it’s easy to get impatient. Luckily, there is a heavy focus on Discord that allows for you to find like-minded players in the game’s community. There should be more players to fight against once the game is out of the beta, but it’s neat to see a greater focus on Discord in more recent titles.

What makes Circle Empires: Rivals stand out is its relative accessibility. Since units, advanced units, and research are the three main menus, there isn’t as much juggling as in an Age of Empires. Even me, an absolute noob, didn’t feel swamped by the amount of choices. It fits a delicate balance of being understandable without being brainless. I don’t regret my time with Circle Empires: Rivals, and that’s practically gospel with my dislike of the genre. 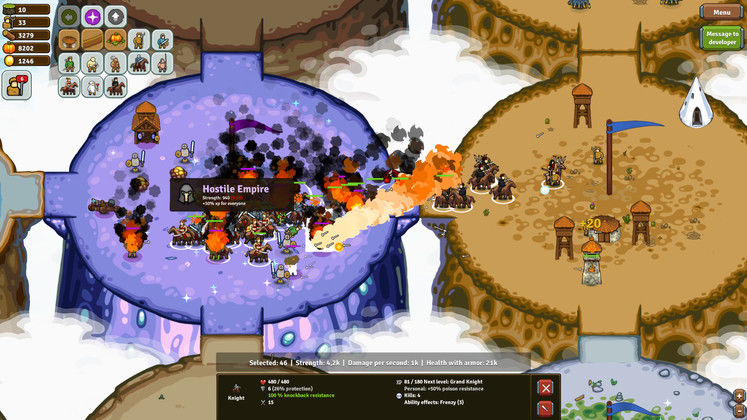 The look of Circle Empires is rather basic. Normally, I’d consider that an issue, but not in this case. Since this is a game full of units, it’s a smart choice to keep the art simple. It adds to the charm of it all, making for a game that’s reminiscent of the Newgrounds flash era. While I never played the original Circle Empires, I can understand people who binged the original might be disappointed with the amount of assets reused. If stuff like that doesn’t bother you and you’re a sucker for simpler designs, Circle Empires will feel homely. However, it’s been awhile since I’ve played a game like this with such a long boot-up time. Starting up the game proper took a full minute at least. While the rest of the game is smooth sailing from there, it can make you antsy if you are an impatient sort. 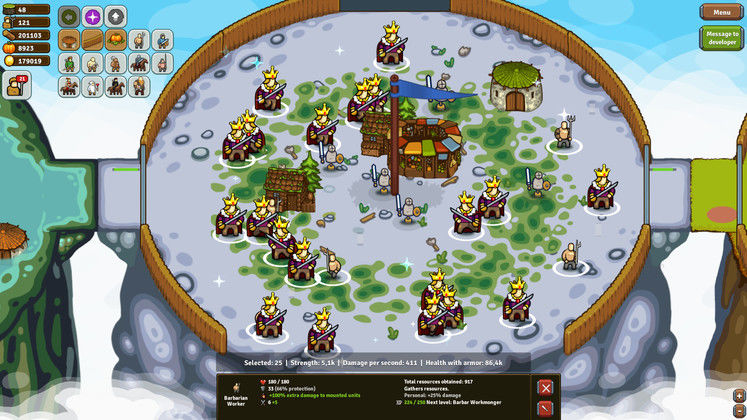 Circle Empires: Rivals has something for everyone. For beginners is a straightforward approach to the RTS that’s full of options. For experts is a faster RTS that streamlines the process. While personal biases might prevent me from enjoying it as much as other genres, there’s plenty to love if you wanted Circle Empires’s unique charms with friends.

Winning my first match of Defend the Army. 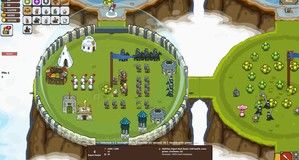