Chris Capel has his head in the clouds

First off: ignore the score. I had to put one on the review otherwise the entire internet would break down, human sacrifice, dogs and cats living together, mass hysteria. The score represents my personal enjoyment of Cloud Chamber and I'm telling you right now it ain't for me. Why am I still reviewing it then? Because there's no such thing as an expert in video-watching Reddit MMO community discussion alien science fiction/fact detective stories. There will be two types of people: people who love Cloud Chamber and people who hate the very idea. I'm here to inform both. This is going to be one of those horrible reviews you have to read. Let's get on with it shall we?

Forty years ago scientific research company the Petersen Institute's co-founder Ingrid Petersen was murdered shortly after discovering a mysterious signal. This was all covered up by her equally mysterious husband Gustav, and now their daughter Kathleen and a group of video journalists are investigating her mother's death and the source of the signal. Bringing in real-world scientific discoveries alongside hints of sci-fi while presenting it as a detective story with the community as the detective, the story of Cloud Chamber is told through professionally-produced videos of very high quality and is actually pretty good... if you can piece it together.


The "gameplay" of Cloud Chamber, if it can even be called that, runs as follows: you watch a video or view a document, you read other players' comments, if you can think of another potential point to discuss you leave a comment yourself, then you move to the next video/document. That's it. Except... it's not, anymore than leaving an interesting forum post is the end of a discussion. Cloud Chamber doesn't have gameplay in the traditional sense, it has discussions. It is, essentially, Reddit. The only real "aim" is to unlock the last 10% worth of "nodes" (videos or documents) that aren't available to you right from the start, and the only way to do this is to leave a nice comment and hope it gets Liked. You can also comment on other people's comments. I don't see why there couldn't be more to it than that though, just a bit more interactivity with the actual game than leaving comments.

It's a big closed-off paid-for forum basically, with every member discussing the events surrounding the Petersen Institute and the Signal and all the various real-world elements the story references. It's described as an "MMO" and I suppose it kind of is in that it requires the participation of many other players to function. I'm a little apprehensive about the £12/$15 price tag as I feel this is the type of game that needs to be tried first and then played by the biggest possible audience, to which the price might be a turn off. Unfortunately making it F2P with various parts of "the mainframe" sealed behind a smaller price tag might make the game harder to protect against trolling, which could kill the game dead.


Right now though there is a healthy, lively, interested community who is clearly loving the mystery, so if all this sounds good to you now is the best time to jump on. Everyone seems to be polite and if there's a deep scientific reference there's probably someone who's Googled it and explained it for everyone, and I've had numerous Likes so the system seems to be working. I'm just skeptical about how long all this can last. While the story is left deliberately ambiguous it's not like the videos change, a lot of the best points are probably commented already, and how long can a discussion last without any new material? According to developer Investigate North there will supposedly be a "Season Two" and more depending on how well the game does, but that'll be paid for DLC (if not a standalone title). While playing it now is fun because of all the people, will it be the same in a couple of months? What if you don't buy the game now?

The presentation is probably my favourite touch. It would have been so easy to just have made Cloud Chamber look like a simple spreadsheet, but Investigate North have dressed it all up in a colourful Tron-like computer world full of mountains, islands, space and depth. It's all mostly irrelevant and can't be interacted with but it's pretty, and it's all backed up with cool original songs from some neat indie bands I've never heard of. The videos as mentioned all look and feel professional, full of actors who have appeared in the likes of Game of Thrones and Casino Royale/Quantum of Solace (the guy who played "Mr White" plays Gustav Petersen for example). It all feels well produced and I applaud Investigate North for going out of their way in this regard. Oh, and I like how it sends me email messages to say when I've got replies, but then again I wish there was an option to turn this off too - or indeed any in-game options at all, especially one not to use Quicktime like the game forced me to.


Basically though it all comes down to how much you enjoy the story and how willing you are to really get stuck into discussing it. If you don't enjoy the story then you'll hate the whole thing, and if you just want to find to find out what's going on without interacting with anyone then you might as well watch a TV show. And I must admit, I kind of fit into both. The story is the sort of mad science tale I usually love but the deliberately fractured, ambiguous storytelling, which won't ever get a proper conclusion or that'd be the game ruined, just wore me out. I also love discussing theories about ongoing stories with other people but the joy in that is finding out who was right - if we don't then it's basically Lost, a show I detest.

Cloud Chamber is an interesting gaming experiment that you’ll either love or should not buy under any circumstances. Consider this review a warning more than anything, if you like the sound of a Reddit-like experience where you watch videos telling an ambiguous sci-fi story and then discuss plot theories with other people then go for it. If on the other hand there was something I mentioned that you didn’t like the sound of then steer well clear. Furthermore while the community now is lovely I’m concerned whether it’ll still be around in a few months, and while the presentation is neat I feel Investigate North could have made this experience a bit more interactive. There’s just so little to do, and if you don’t like commenting on videos you won’t see anything here but a bunch of crazy confusing videos. Lovely idea, not for me or people like me, but a community of people already love it so feel free to ignore me and give it a go. 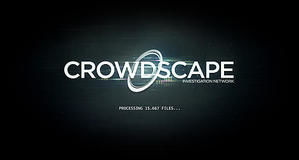