Empire at War: Forces of Corruption

Forces of Corruption is an absolute must-have for fans of Empire At War, it adds great new features and fantastic new units

Petroglyph get a real chance to make their mark on the Star Wars universe, this expansion is no simple retelling of a saga far far away as the Zann Consortium will show you.

The biggest addition undoubtedly is the new third faction led by the galactic crime lord Tyber Zann.  With completely new units the whole expected grind between the Rebellion and the Empire is blown aside.  Considering before this game was released the Zann organisation never existed, developer Petroglyph could let their imaginations be forever etched into official Star Wars lore.


Don’t think the Rebels or Imperials go without; they have some pretty hard new toys to play with that many fans will recognise.  These include B-Wings, TIE Interceptors, TIE Defenders, MC30 Frigates and most notably the appearance of three major units that many wanted to get their hands on in the original.

Super Star Destroyer Executor is a playable unit and takes up much of the space battle beneath your other units.  Super Star Destroyer Eclipse which while not directly controllable like the Executor it more than makes up for it, its weapon can instantly destroy a capital ship.  Lastly the Death Star II, yes it’s a fully armed and operational battle station now capable of annihilating capital ships as well as entire star systems.

The campaign itself only comes with the new faction, so you won’t be able to play through a Rebel or Imperial story like the first.  I was disappointed in that but given the greater depth of the Consortiums campaign it wasn’t surprising.  In any case you can still play Galactic Conquest mode and choose any of the three sides to play and conquer the entire galaxy as you see fit.

The story is great and you soon find out that Tyber isn’t the greatest chum with one Jabba the Hutt.  Being betrayed and then gloated at by such a fat slug gets the Zann Consortium mad so after a risky prison break, courtesy of a Captain Solo and his walking carpet friend Chewbacca, you have to start rebuilding the criminal organisation from scratch.

Corruption is the new galactic mechanic for this game, the Zann Consortium can literally bribe, intimidate, racketeer and pirate their way through the galaxy.  These corruption “missions” give all manner of advantages and perks.  Racketeering earns you cash, bribery can help if you plan to invade so enemies won’t be able to produce garrisoned units and gives you nearby troop movement intel.

Yes, crime does pay in the Star Wars galaxy.  You can move entire fleets past enemy controlled systems if you pay the “fee” along the way.  This lets you avoid unnecessary or impossible confrontations at the expense of credits.  The corruption can actually help your enemies too; it lowers some production costs for them.


In multiplayer or galactic conquest, having your planets corrupted therefore isn’t all bad, but I wouldn’t rest on those slightly cheaper costs.  Once a planet is corrupted, the Defiler unit can now sabotage any building on the surface.  The more that’s sabotaged the heftier the costs to repeat, but a quick lightning demolition of two important buildings could be followed by an invasion force.

The corruption can be removed by certain Rebel and Empire heroes but that too will cost each time, it would be best to keep on top of it early so you don’t find yourself scrambling to remove the taint at a huge bill.  The interface isn’t the greatest for the corruption options on a planet; it could do with revamping so it’s easier to manage.

The main attraction to Empire At War was the space battles, with the land battles being nowhere near the same excitement.  Improvements have been made, such as an influx of bunkers and build pads on maps to help secure areas and make fights tougher.  They still pale in comparison to clashing TIE fighter and X-Wing squadrons.  A nice new weapon is the bombardment ability, with a capital ship in orbit you can fire down a rather nasty blast into the ground.  Outside of the campaign players can purchase this ability instead.

Land AI is tragically weak; you can win an entire battle by deploying a single hero unit if you’re careful enough.  Urai the new Consortium hero can automatically regenerate health and also stealth, so when he’s near death a quick cloaked escape lets him recuperate.  I explored just how valuable this ability was and so I deployed just him, I simply pay for some build pad upgrades and let the enemy get drawn in, if they wipe the pads Urai can stealth and secure some other ones safely.  Couple this tactic with bombing runs and you’re practically unbeatable.

New systems can be conquered in the galaxy, this means new choke points and new planetary bonuses available.  Fans will be glad to see more memorable destinations from the latest episodes, games or from the EU (that’s Extended Universe, not European Union).

Unfortunately when in a big game the galactic map can be hard to sift through quickly and check where you need better defences.  The already weak UI crumbles further and doesn’t let a gamer be as effective as they perhaps could be.  Also moving a bounty hunter like Bobba Fett and seeing all those “Neutralize Hero” slots open up on every planet is a little overwhelming.

A nice new feature is the base layout option, when zoomed into a planet you can now choose a ground slot where you want a building or unit to be located ready for a ground battle.  The original had no such thing so you just had to hope it placed structures in a decent place.

With all these new units floating or trailing about, how does balancing fair?  Petroglyph has worked really well on making sure each faction has their units’ strengths and weaknesses utilized and exploited.  Though credits for the Consortium will certainly come faster, corruption does seem to be a bit too powerful.  While the Rebellion and Empire can generally deal well with Tyber and his gang in battle, the Consortium can just burn credits and flood them with units from the campaign.  Couple that with sabotages and it really puts the other two factions at a large disadvantage.


Forces of Corruption is an absolute must-have for fans of Empire At War, it adds great new features and fantastic new units.  The people who screamed blue for the Executor and command of the Death Star II will be pleasantly soothed.  Yes it has some flaws with its interface design, but the great core of the game outshines those even brighter with this expansion.

Forces of Corruption is an absolute must-have for fans of Empire At War, it adds great new features and fantastic new units.  The people who screamed blue for the Executor and command of the Death Star II will be pleasantly soothed.  Yes it has some flaws with its interface design, but the great core of the game outshines those even brighter with this expansion.

Seeing the SSD Executor exit hyperspace for the very first time, no one could accuse the Dark Side of being un-cool.  No one. 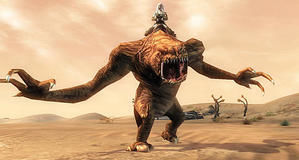