Splinter Cell meets Hotline Miami? Don't mind if we do!

Since Team 17 started publishing again recently they seemed to pick up some really interesting titles, and Light caught my eye immediately. While at first looking like a top-down graphically simple Thomas Was Alone-type game (you do play as a block in a world filled with block people), as soon as you get your hands on it you find that Light is actually a stealth game much like Splinter Cell taken to its absolute basics of design. Oh, and with more than a dash of Hotline Miami in terms of controls. Intrigued? So was I. Is it any good? Read on.

Perhaps the most surprising thing about Light is that it has a full story. Opening and closing text boxes fill you in on the details while computers and intel files around the levels add to the background. After waking up in a strange apartment with no memory, your little block of a character discovers he was part of a scientific experiment conducted by a company called Synthesis Futuristics. Guards patrol the halls and have been given orders to stop you from escaping at all costs. You have to get by them, find out what's going on and what's been done to you, and undo it as best you can.


The story is cute but matters as much as it did in Hotline Miami (and, I'd argue, in Splinter Cell) - it's lovely, the developers at Just A Pixel have clearly spent time on it, but it's not the crux of the game. Here's where the two game comparisons come in though. First of all, Light owes a big debt to Hotline Miami in terms of general systems and controls. The top-down viewpoint, the WASD movement plus mouse to aim the camera (even though there's no guns in Light or anything that'd really need precise mouse control), immediate restarts upon defeat and only saving at the beginning of levels, even holding the right mouse button to extend the camera out so you can see beyond the immediate area but leave yourself at risk of getting attacked. The gameplay's different and the graphics are more minimalist, but the controls are pure Dennaton Games. This is a good thing though, since for a top-down game those controls are pretty perfect and you can move smoothly around levels - at least until you get stuck between a chair and a wall you thought you could fit through, but hey ho.

Gameplay-wise though it's pure stealth, and when I say "pure" I mean it. No cover systems, no guns (apart from on guards), no sound meter, no light meter, no Michael Ironside or Kiefer Sutherland, no flashy graphics, not even a third dimension. Through a series of believable environments like an apartment block, an airport, an office and a prison your little block has to evade guards (or kill them and hide their bodies), avoid attracting attention, watch out for cameras, pick locks or hack computers to open doors, accomplish mission directives like stealing intel or sabotaging equipment, and then get the hell out of there. You can hide dead guards in closets and even steal their clothes, but be aware that reinforcements will get called if you take a life and a countdown timer will appear at the top of the screen, so you better hurry up and finish the level. Light patterns indicate the line-of-sight of guards and cameras, so stay out of that unless you're creating an ambush.

It's all kept very simple and yet ends up very satisfying. If guards spot you they'll search frantically, and your only option is to hide, pray, or possibly sneak past and hope they don't turn round while they're checking out that desk. Or you can kill them and know that while they're no longer a threat you have just two minutes to finish the level or those reinforcements will make things a lot more difficult for you, oh and remember to hide the body in an empty room or closet or some poor civilian might call the cops. Hacking computers turns off cameras and opens up previously inaccessible areas, analysing patrol routes allows the possibility of sneaking past guards without them noticing, carefully dodging in and out of camera line-of-sight before an alarm goes off... I truly love how straightforward and fun Light is while still having a number of cool systems at play. A few levels in I was really getting into the game and was amped to see what awesome things Just A Pixel were going to introduce to mix things up.


And then it ended. Abruptly. After a very enjoyable prison level Light just stopped. There are 12 levels, one of which lasts a few seconds and isn't even scored, and all of which can be finished in minutes even if you're playing extra-stealthily (and far less if you kill all the guards). I checked Steam when I finished: the whole thing took me exactly 64 minutes, including all my various failures. The shortest Telltale episode lasted me longer than that. Furthermore there's no multiplayer, no Steam Workshop or mod support right now, and no reason to replay levels except to get a better score, and without any online leaderboards that's rather pointless.

I'm all for short games, but Light absolutely takes the biscuit. It was just starting to get really good when it cut to credits. It's like if Super Mario Bros stopped after the first level - you've got used to the controls, digging the style, looking forward to seeing how the developer can stretch the basic ideas into ever more elaborate puzzles or traps, and then poof it's gone. Hotline Miami was a wonderful success in this way because while the simple controls and style remained the challenge satisfyingly built up to ever more difficult levels that were increasingly satisfying to finally get through. It's as if Just A Pixel forgot to do that, or didn't realise they weren't making more than a demo.


Which is a really big problem, and one I can't ignore. I've been in and out of the game since trying to work out if I've made a mistake, if Light is an Early Access title, whether the rest of the game will be unlocked later, or if there's something I haven't done to show the remaining 38 levels like turn the page to Chapter 2. Nope. Light really is that short, and although full of promise at the start Just A Pixel seems to have utterly squandered it simply by not deepening the gameplay and challenge. The premise of a back-to-basics top-down stealth game is interesting and the straightforward controls allow for a lot of depth, and I'm sure there's an infinite amount of level ideas and new problems the developer could've thought up to test the player, but Just A Pixel didn't bother.

After the first few levels of Light I was stuck right into the game, enjoying it immensely and was getting ready to write a glowing review. Then it abruptly stopped an hour in just as it was starting to get good. Short games are fine but there’s little replay value beyond getting a better score, and more importantly the difficulty curve barely gets off the ground before it hits the credits. Light has great ideas but fails to use them in any meaningful way or make any lasting impression - it’s like the setup to a great game that never comes. Shame.

The beginning, getting introduced to the wonderful systems at play. Which never properly get exploited. 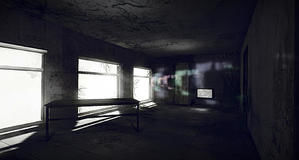