Sakuna: Of Rice and Ruin

Talking doesn’t get your rice cooked 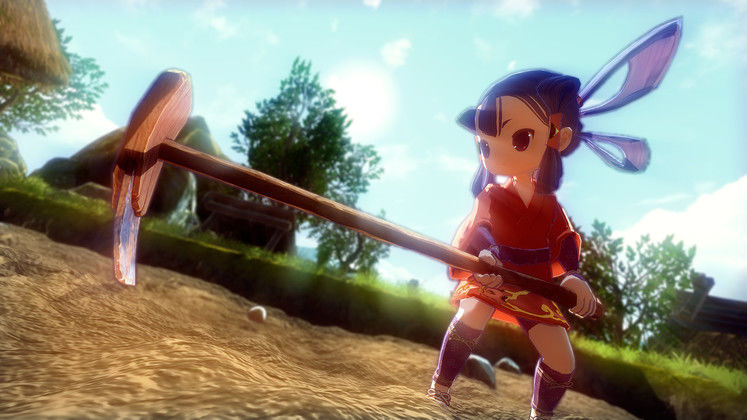 If you’re someone who has spent an unreasonable amount of time on games like Harvest Moon or Stardew Valley, you know that the joy of them isn’t just the farming. Games in that mould are good at making every action have purpose, whether it’s deciding to fish for a day or making your crops flourish. It’s a difficult balance and it’s easy to make it boring if you aren’t careful. So a game like Sakuna: Of Rice and Ruin is fascinating. Mixing 2D action games, 3D farming games, RPGs, and Japanese myth into one title is a unique prospect. But does it work, or is it just mismanaged? Let’s find out.

Hey, who hasn't been banished before?

Sakuna: Of Rice and Ruin stars its namesake Sakuna. A spoiled princess of two Gods, she is banished from the capitol when she (alongside some humans that have wandered into the Lofty Realm) accidentally destroyed the offerings for the main God. To repent, she is banished to the Isle of Demons to cleanse the island. The only way to come back to her luxurious lifestyle is to do some manual labor and to beat the crap out of some demons. The first thing is that Sakuna as a character sucks. A lot. She’s petulant, lazy, and quick to snap. This is intentional, and a big part of the game is her development as a god. Even if that’s the point, it’s not what makes this game work. It’s not helped by her design, using that uncomfortable “actually an adult that looks like a child” trope. She does get better and you get numbed to her complaining, but it’s the least engaging part of an otherwise solid title. 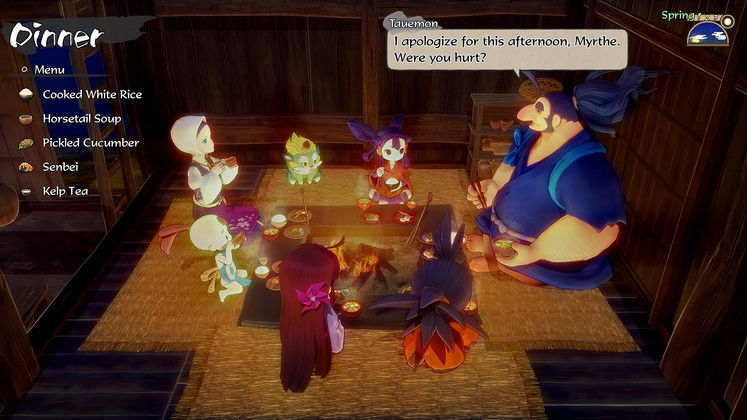 Most people you meet in the game are unlikeable, with some exceptions. You spend most of your time with the humans who were a factor in your banishment. While they aren’t as annoying as Sakuna, they aren’t that charming in their own right. Luckily, a lot of heavy lifting is done by the game’s aesthetic. It’s stylized enough to fit with the game but not too stylized that it gets distracting. This is true with the character design, which is varied and fun. It’s a pretty game for sure, one that’s chill to be in. I don’t know a lot about Japanese mythology, but its light-hearted design makes for a fun world in spite of its characterization.

Sakuna: Of Rice and Ruin is a game split between two different genres. On one hand, you have a hack and slash side scroller where you use your skills as a warrior god’s daughter to face demons on the Isle. There are places across the island that are filled with demons, and you unlock more places by completing small tasks, like killing a certain amount of monsters or finding certain resources. This is helped by the combat being pretty fun. You’ve got your light attacks, heavy attacks, and special moves, all made better by leveling up and finding better weapons. You unlock more skills the longer you play, and you are given a lot of tools to face fights. One of the best touches is Sakuna’s raiment, which allows her to grapple onto surfaces and grab enemies, making the fights acrobatic. Add that with stronger enemies at night, and it forces you to pay attention. Your equipment can also level up with certain tasks, such as facing certain beasts and finding certain items. 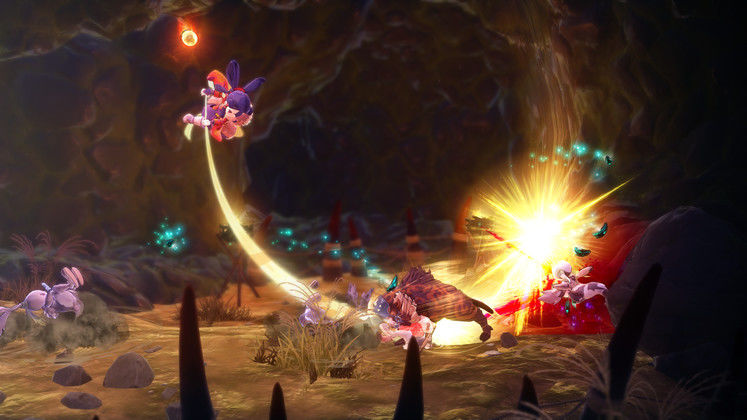 In these sidescroller sections are places where you gather resources, such as hemp or ore. Demons you fight might also drop food or hide. Your base can be expanded with these resources to make new clothes and weapons. Not just that, but it also helps you cook your daily dinner at the end of the day. Hunger plays an interesting role in Sakuna. Once you eat, you can then regenerate your health outside of battle.Once your stomach’s empty, you lose that ability until you eat dinner. This is also made trickier by how some food spoils, forcing you to pick and choose what to eat now and what to eat later. It gives a schedule to the adventure: check your plants, explore places on the island, return when your stomach’s empty, sleep, rinse, repeat. This is added by the game’s day/night cycle. It’s a lot faster than you’d expect, with three days representing a season. This means there’s not a lot of time to dally around. While it means that you have to always do something, it also streamlines the experiences pretty well.

Thanks for the Food!

The other half is the farming itself. Since Sakuna’s mother was a harvest goddess, a lot of your power stems from the yield of rice and is how you level up in-game. Thus, you are given a rice field that needs to be tended to. This includes making fertilizer, raising and lowering the water levels, removing rocks and weeds, and deciding how to plant them. While you can make humans do parts of this work, you’ll make the best rice if you do it all yourself. This is mostly done by repetitive mechanics. Farming, by its nature, is repetitive. It’s thematically appropriate that the actual farming is a bit dull. 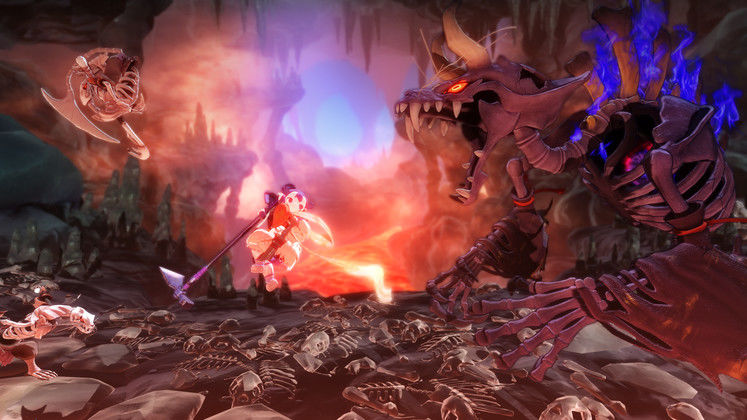 Tilling, planting, threshing, all of these involve repetitive mechanics. These skills then level up, allowing you to do skills faster, or find out more about your current rice. This sounds like a recipe for disaster, but it works. Repetition isn’t always a bad thing, and Sakuna shows that. It helps you get into Sakuna’s mindset a bit, where there is something rewarding about a good harvest even though it’s back-breaking labor. It’s almost meditative, and it’s easy to get into the zone. There’s an addicting quality to the game’s cycle of checking your rice then exploring the island. Since both feel different enough from each other whilst being connected, it prevents the game from getting stale. This is not for everyone, but it’s for people who like games with that “one more day” type of gameplay you see in Harvest Moon or Stardew Valley. I’ve definitely had my fair share of moments where I spent too much prepping for the next day when I should have been going to bed.

SAKUNA: OF RICE AND RUIN VERDICT

Sakuna: Of Rice and Ruin is definitely an interesting title, mixing the mundanities of rice planting with 2D hacking and slashing. While an acquired taste, those who like their games unique should have a fun time with Sakuna. If you can forgive an unlikeable protagonist and some repetitive gameplay at times, Sakuna is a solid title that shines even with its flaws.

Sakuna: Of Rice and Ruin Essentials 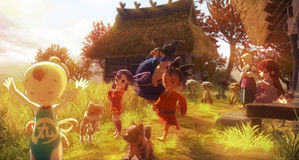